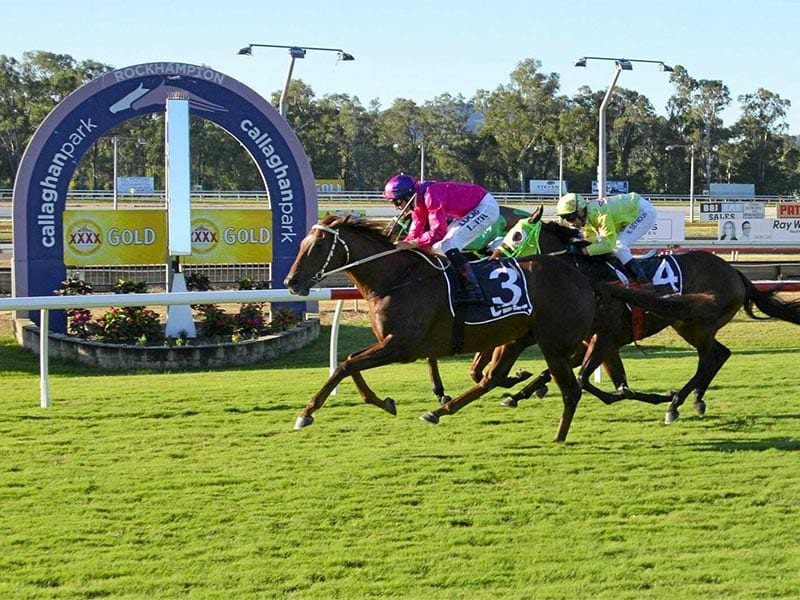 Eight races are set to go around on Sunday afternoon at Callaghan Park in Rockhampton. It’ll be the club’s second meeting in five days, so the rail moves out 4m for the entire circumference of the course. The track is rated a Soft 5 at time of writing, but with drying conditions and a track that drains superbly, we should be on a Good 4 before the first at 12:40pm local time on Sunday.

There’s no prices out when we are writing this, so we live in some fear that Oswana will open at Winx-like odds, but he is a clear standout on the card. He’s three from three at the trials and has a second to his name at his only start at this track back in July. He nearly came down twice in that race and was probably the sickest beat on a racetrack in 2020. He’s drawn wide, but ability alone should see the son of Whittington prove too good here.

Genoa was dominant two back before running into a smart one in Srini at his most recent outing. He drops back to the 1200m, which is a slight query given his form is better over a touch further, but he’s flying this prep and gets Ryan Wiggins aboard again, which is a big plus. From the outside alley, he is likely to settle in the first two or three and should be too speedy and too smart for the rest of these.

Peter Fleming and Justin Stanley combine in the seventh race of the day with Boss Baby, who looks big chances to take it out. The daughter of Instinction doesn’t have the best record when first up, but she is effective off a freshen up, with her two wins in 2020 coming off breaks of 84 and 43 days. She’s had a bit longer off the scene this time, but if she can produce her best, she has to go close in this. From barrier five, Justin Stanley should give her every chance.