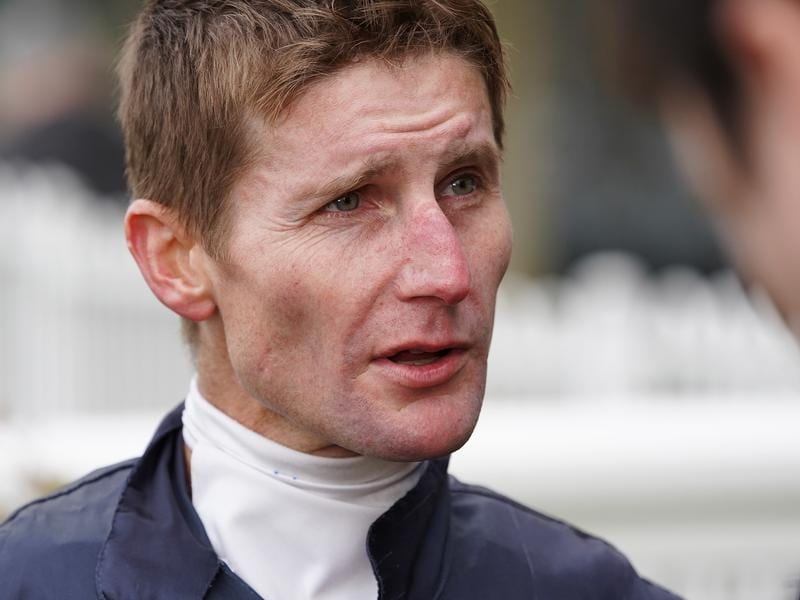 Brad Rawiller has provided a strong lead for Flemington with his decision to ride Sirius Suspect.

Brad Rawiller is shedding weight to ride Sirius Suspect at 56.5kg in a move trainer Saab Hasan says is a good pointer to his horse’s chances at Flemington.

Sirius Suspect has a half kilogram above the minimum in Saturday’s Seppelt Wines Handicap (1400m) on Saturday and enters the race in top form.

Rawiller has been riding at country meetings on Saturdays, taking advantage of a higher weight scale.

After a ride at 58kg at Geelong on Friday and one at 57kg at Cranbourne on Friday night, Rawiller has to keep the weight off to ride Sirius Suspect in Flemington’s eighth race after earlier rides at 60kg and 58.5kg on Saturday.

“I think the horse is very well weighted, a half-kilo above the minimum and I’m not getting cocky, but I think they have to beat him.”

Sirius Suspect is yet to win at 1400m but Hasan said there was excuses for his two previous runs over the trip.

His first, last year at Flemington, Sirius Suspect had a fractious horse next to him in the barriers that stirred him up while his most recent effort, again at Flemington on March 7, when second to Wild Plant, he was unsettled.

“It was a big day and there was a bit of wind and he fired up early in the race,” Hasan said.

“He ran a personal best, so he can’t go much better than that but if he could have relaxed for a furlong I reckon he would have won.

“He loves home, he loves Flemington.

“It’s a big open spacious track and he can get into a rhythm and he also doesn’t have to travel.

“When he travels he can get uptight, but at Flemington he can walk across the road and he’s there.”