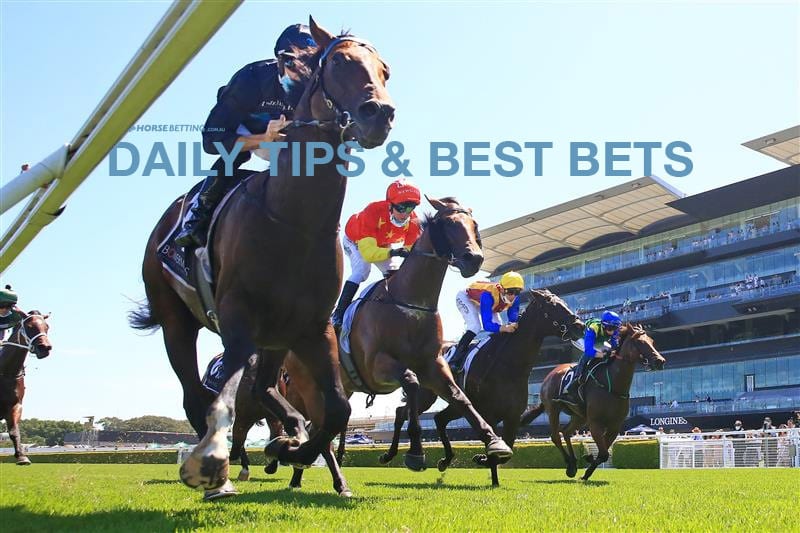 A 10-race program has been assembled at Royal Randwick this Saturday, and HorseBetting’s New South Wales racing analyst has picked out his best bets and quaddie numbers for the day’s action. Heavy 9 conditions are expected, and the rail is out 9m from the 1600m to the winning post and 7m for the remainder of the course, which could make it hard to run on from the back. The first race of the day is set to go at 11:05am AEST.

James McDonald will hop aboard the Ciaron Maher & Dave Eustace-trained Le Chevalee in the fourth race of the day, a 3&4YO Benchmark 78 over 1800m. This daughter of Written Tycoon loves racing in the wet, winning two of her four Heavy track starts and placing second on another occasion. First-up, this four-year-old mare finished third to Seentoomany, who has since placed in Brisbane, and then finished fourth on a Heavy track over 1500m at Rosehill Gardens last time out behind Papal Warrior, who we give a big chance in a later race. Out to 1800m and from the inside marble, McDonald should give her every conceivable winning chance. She should be peaking now.

Next Best at Randwick: Papal Warrior

We mentioned this four-year-old gelding’s most recent win in La Chevalee’s form-lines, and given that Papal Warrior gets very similar conditions again, we are backing him in to make it three straight victories. The Chris Waller-trained son of Fastnet Rock has only won three of his 20 career starts, with all of those being on rain-affected surfaces, so he should relish the Heavy 9. Drawn a touch awkwardly in barrier nine, he will need luck early over the mile to slot in midfield with cover to ensure he gets every chance at racing away in the straight. Kerrin McEvoy has been on for his last two victories and knows the key to him, so we are confident that Papal Warrior can win again.

We are big fans of Steely, and after a dominant win at Rosehill in similar conditions on July 3rd, we certainly aren’t jumping off at the $10 quote. After winning back-to-back races to kickstart his campaign, the son of All Too Hard finished on the heels of the placegetters at his next three before defeating quality up-and-coming stayers Lackeen and Wicklow as well as subsequent winner Harpo Marx by over a length. The Gerald Ryan & Sterling Alexiou-trained gelding does rise 10 rating points to a Benchmark 88, but to compensate he drops 2.5kg to 56kg and retains Joshua Parr in the saddle. He should just about box seat from barrier five, which will make him incredibly hard to beat again. We cannot believe the price despite this being a tougher race on paper.