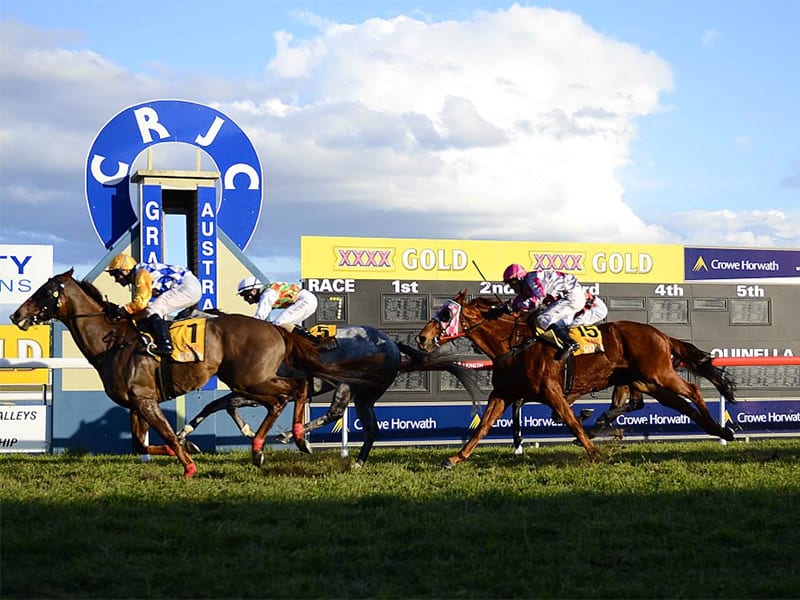 Grafton’s July Carnival is in full swing now with Wednesday playing host to the Listed Ramornie Handicap (1200m) in the seventh race of the day. The speed in the race looks to be drawn wide with Oakfield Twilight and Boomtown Lass the likely leaders from the widest barriers. Snitz, Boomsara and Sandbar should all be close as well. Snitz is the current favourite with online bookmakers, ahead of Hightail and Southern Lad. Godolphin’s Haunted is the only other runner in single figures.

It is difficult to split those at the top of the market, especially with a number of different form lines coming into the race. Hightail brings in the best form in our opinion and the $5.50 appeals in a race with plenty of depth. He went into the Group 1 Stradbroke Handicap as one of the more fancied runners but disappointed, running 12th of 18 to be beaten under four lengths. The Snowden three-year-old has now had a month between runs and drops back to the 1200m, which is a distance he has won at twice in this campaign. His best racing is done when fresh and he gets the experienced Glen Boss in the saddle for this task. Drawn in barrier four, he should jump well and find a position midfield outside the likes of Ozark. He has never missed the top two in his two Listed runs to date and has a win at Group 3 level also at this distance. He maps beautifully and could be hard to beat.

Snitz is a deserving favourite for the in-form Matt Dunn stable and is racing in career-best form. He just missed last start in a bid to make it five wins in a row, finishing less than length back in third behind Classique Legend and Southern Lad at Randwick. At the start prior, the Snitzel gelding was a Listed winner over this distance when beating Greyworm in a gritty all-the-way win. He is unbeaten at Grafton in two starts and jockey Matthew McGuren has ridden the five-year-old once before in a win. Jumping from barrier six, he will definitely be in the leading division, likely to take a sit behind Oakfield Twilight and Boomtown Lass. If he takes a sit and the leaders don’t overdo it, he will be right there in the finish and could be too good.

Of Haunted and Southern Lad, we are leaning towards the former solely because of where the Lonhro gelding should get to in the run. We expect Andrew Adkins to be about sixth from the fence from barrier sixth, whereas Southern Lad is likely to be posted three deep from barrier 11 under Rachel King. Haunted was beaten less than half a length all together in his last two runs at Flemington behind Vassilator and Heptagon over 1400m. James Cummings has targeted this race in the past and we suspect that this has been his goal again this year. On his day, Haunted is probably the best horse in the race. If he brings his A-game, he can win this.