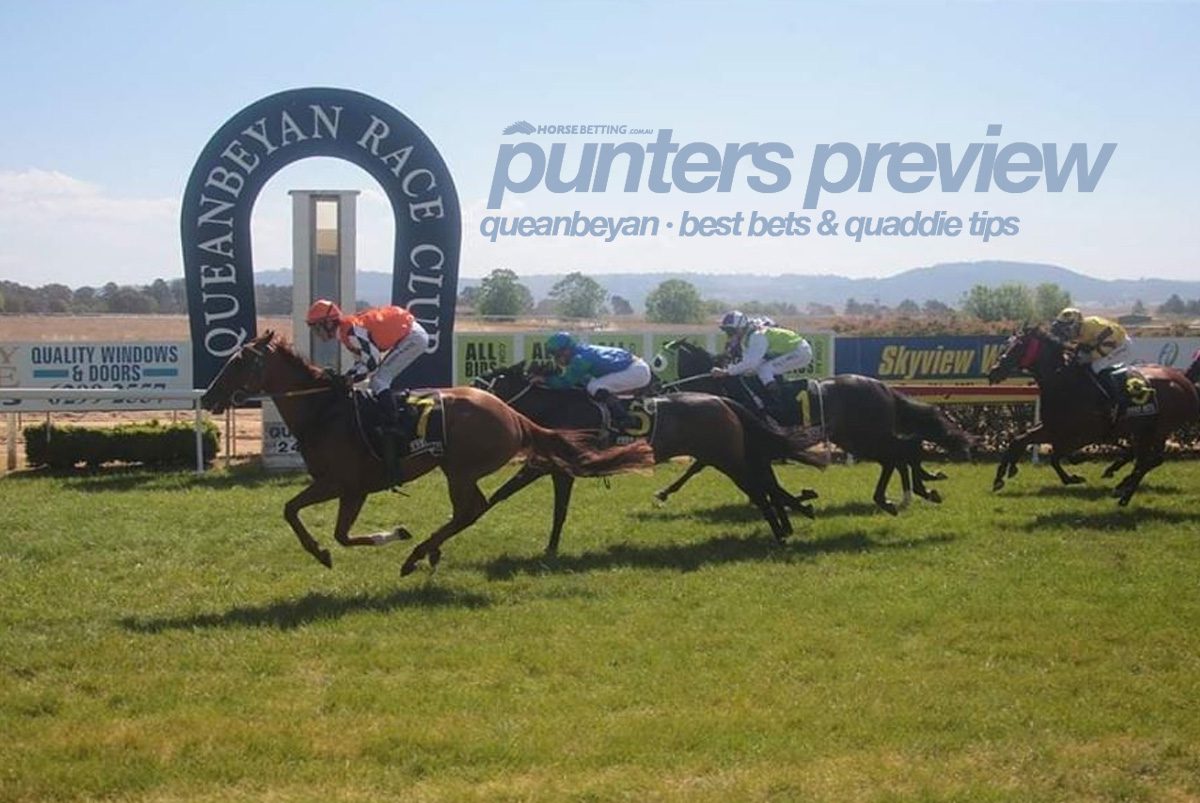 The Queanbeyan Racing Club is set to host a seven-race program on Monday, March 28, on what is scheduled to be a Good 4 track. HorseBetting’s New South Wales form analyst presents you with his best bets and quaddie selections for the program, which is scheduled to begin at 2:05pm AEDT. The rail will be out 3m from the 900m to the 275m, while it is in the true position for the remainder of the course.

Queanbeyan Best Bet – Zariz No Other

This is not a good meeting at all, with three maidens, three Benchmark 58 races and one Class 1, but, with seven races comes seven winners. In the fourth race of the afternoon, Zariz No Other lines up in a Benchmark 58 over 1460m on the back of a third at this course and distance on February 20. The eight-year-old has done his best racing at this track, with two wins and nine minor placings, while he also drops 4.5kg from his last run. In what is a very slim race, the Jenny Hoy-trained gelding can get the job done.

From one Benchmark 58 to another. Madison Point is coming off a 1.5-length win at Cowra on March 7 over 1700m, which looks good enough for us to be with the Rob Potter-trained gelding. The seven-year-old is yet to place in two runs at Queanbeyan, but the form that he brings into this race looks a touch superior as he rises to 2000m. From barrier nine, the son of Savabeel is going to roll forward and look for the front under the big 60kg, but he is fit and racing well of late to give this race a fair shake. He can win again.

Some horses in this Class 1 field will struggle to win another race, but we are hoping one that can is the Joe Cleary-trained Written Statement. The son of Press Statement ran home strongly at this track on February 20 to run third over 1000m, so the drop back to 900m is the slight query, however he’s had five weeks between runs to be nice and fresh for this. Brodie Loy retains the ride, while he will also be able to ride 0.5kg lighter than last time out, with the four-year-old allocated 57kg on Monday. He will be in the right spot from barrier two and could give this field something to beat if the runs come in the home straight.