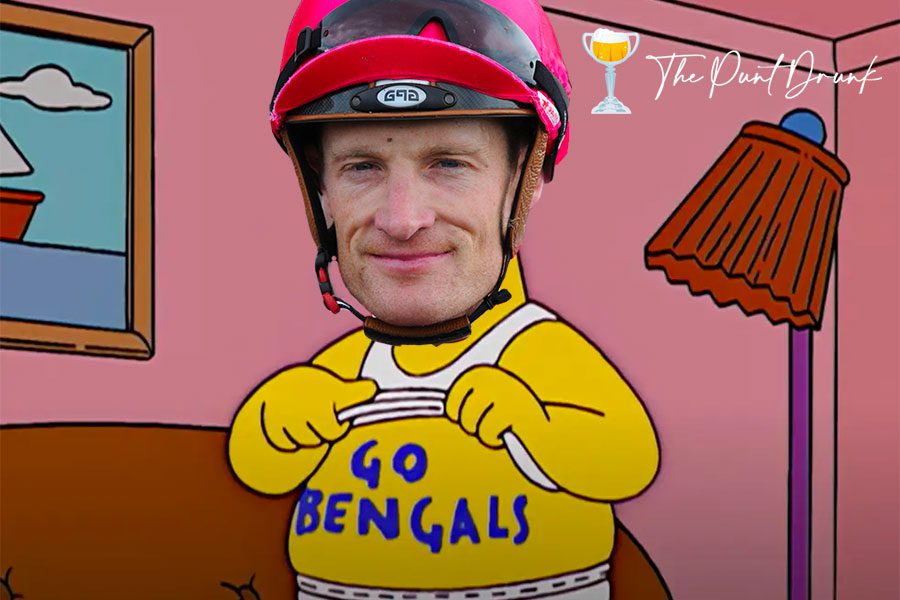 It was a brilliant weekend of racing which saw the first Group 1 of the year run and won. Mark Zahra partnered Tofane to victory in the C.F. Orr Stakes at Caulfield, but he wasn’t hanging around for a post-race interview – he had somewhere important to be. In Sydney, Espiona’s bubble was bursted as her stablemate Fangirl won a thrilling edition of the Light Fingers Stakes, while a star-studded trial stepped out at Warwick Farm on Monday morning, giving punters a taste of what is to come.

PLACES TO BE, FOOTBALL TO SEE

For a lot of jockeys, winning a Group 1 race in the saddle is bucket list stuff, but Mark Zahra – a 20-time Group 1 winner – had something else to tick off. After winning the first Group 1 of 2022 aboard Tofane at Caulfield on Saturday, Zahra wasn’t sticking around to talk to the media after the race, as he headed for the jockey’s room, packed up his gear and scooted to the airport to jet over to the United States to attend Super Bowl LVI. Zahra has only recently returned to the saddle after being sidelined in relation to the Mornington Airbnb scandal for a number of months, but he has already taken another holiday!

Whether or not we can say Espiona’s bubble has burst or not is a bit touch and go, but the boom filly did have her colours lowered on Saturday. Despite winning only twice, the Chris Waller-trained three-year-old was being spoken about as the next Winx or Black Caviar, but she didn’t do enough to fend off a late surge from her stablemate Fangirl.

It was a cracking finish to the Group 2 Light Fingers Stakes as Espiona, Fangirl and Jamaea made a line of three across the Randwick straight, while Zouzarella, Heresy and Startantes were making some solid ground late. That has set us up for one of the most anticipated races of the autumn – the Surround Stakes, where these fillies will clash again over an extra 200m. Winx and First Seal had a terrific battle in their three-year-old season, and this crop certainly has a similar feel about it. Mouth-watering, to say the least.

It’s not often that we get too excited over a trial – after all, you can’t bet on them and there is no prizemoney dished out – but when there’s serious horses stepping out in their first or second trials on a Monday morning, it’s a good way to start the week. In the opening trial at Warwick Farm on Monday, five Group 1 winners stepped out as well as several Group 1-placed gallopers.

Winning the 1000m trial was Wild Ruler, just ahead of Forbidden Love and the Annabel Neasham pair Top Ranked and Zaaki. There’s no hiding the fact that we are huge fans of Zaaki, but his trial this morning was ultra-impressive as he gears up for a first-up assault on the Canterbury Stakes (1300m). Harmony Rose looked to have come back well for the autumn, while Profondo was seen for the first time after his dominant win in the Group 1 Spring Champion Stakes (2000m) in what was just his third career start.

The second trial had plenty of class about it too, with Vangelic leading all of the way to defeat Golden Rose Stakes winner In The Congo and Epsom Handicap winner Private Eye, who closed off superbly. We are in for a super autumn – we can’t wait.