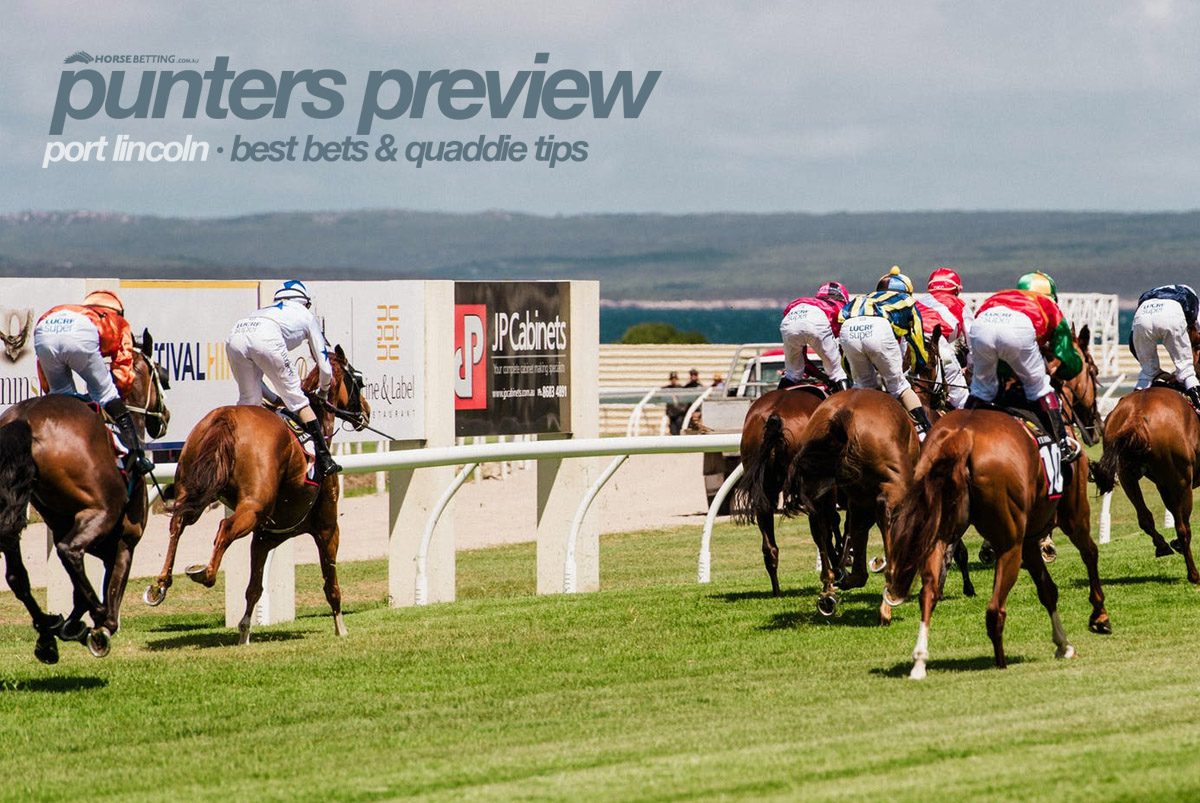 South Australian racing heads to the Eyre Peninsula on Friday afternoon for Port Lincoln Cup Day. The track has come up a Good 4, with the rail in the true position for the club’s marquee event. With a top of 23 degrees forecast for Port Lincoln, it is set to be a perfect day for racing. The first of eight races is set to jump at 12:45pm ACDT (1:15pm AEDT).

The Port Lincoln Cup raced over 1960m is the feature event of the day and we think the John Dunn & Krystal Bishop can continue on his winning ways in this. Having stormed down the centre of the track to take out a 1750m at this track on February 20, we know he will handle the occasion on Friday. He has won three of his past five starts and is arguably the most inform horse in the race and with Ellis Wong on board claiming 2kg, goes around with just 52.5kg on his back. The five-year-old Redwood gelding will settle in the second half of the field and with a genuinely run affair, Mount Madeira should be the one with the last look at them late and ultimately prove too hard to hold out in the feature.

Our best of the day comes up in the third event of the day when the Rocky King-trained Centrefield looks to continue her ever impressive record at the Port Lincoln 1210m. With a record of 6: 2-2-2 at the track and distance, the lightly raced seven-year-old mare comes to this off a dominant victory over 1000m at the track on February 20. Following Ben Price’s claim, she goes up 2kg on that last run, but we expect it to be no hinderance to her winning chances this time round. From barrier eight, Price will look to be aggressive out of the barriers and take the chestnut to the front of the field where he can dictate terms throughout. She will look to make this a sit and sprint and with a kick in the home straight, Centrefield should shows us why she is a track and distance specialist.

Formerly with Matthew Dunn, the now John Dunn & Krystal Bishop-trained Trench Warfare will be looking to kick off his career in South Australia with a win. Having been more than competitive in harder races of the summer in Queensland, the Pentire gelding had been below his best before moving to the Dunn & Bishop yard. We’re willing to ignore his quiet trial in the lead up to this and base this off the fact his best should be enough to take out a race like this. Despite just one win from 16 starts, he has eight minor placings to his name and from barrier three on Friday is set to gain an ace run in transit. He looks to be a sprinter more so than a miler, so the step back to 1250m looks ideal and with a nice turn of foot has the ability to take out this BM58 event.