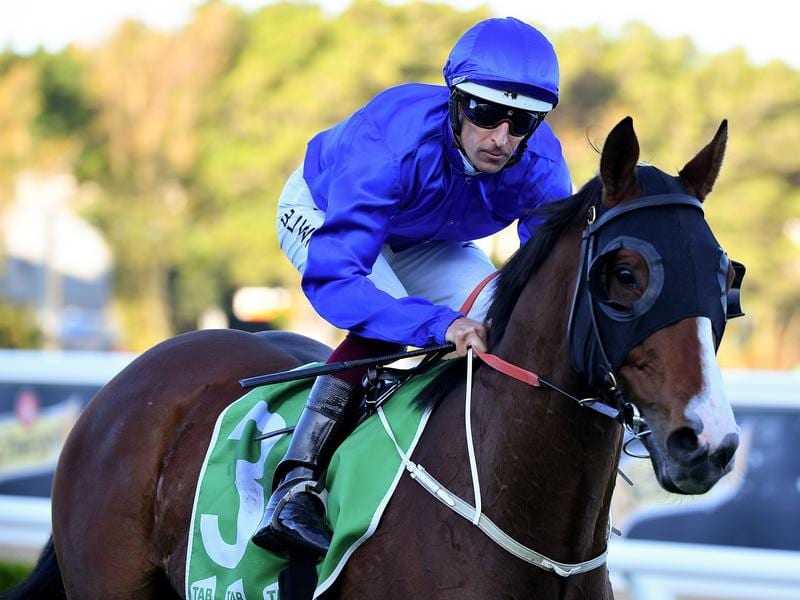 In-form Godolphin galloper Phaistos is one of the favourites in the Listed Scone Cup.

A year after winning a race on the undercard to the Scone Cup, promising four-year-old Phaistos is set to return to the NSW Hunter Valley course as one of the leading contenders for the main event.

The James Cummings-trained Phaistos is challenging for favouritism for Friday’s Listed Scone Cup (1600m) having progressed through the grades since winning a support race on the corresponding program in 2019.

A winner of six of his 15 starts including an impressive last-to-first victory over 1400m on Randwick’s Kensington track last start, Phaistos will be having his first attempt at stakes level on Friday.

Cummings is confident the gelding is ready for it.

“This is a target race for him and he could hardly have arrived here in better fashion,” Cummings said.

“His two runs this time in have been first class and he’s continued to train well.”

Along with striving for his first stakes victory, Phaistos will also be trying to win over 1600m for the first time.

In his two attempts over the distance he has finished third in a three-year-old open handicap last July at Flemington while in his most recent attempt at the distance in December he was a close third to Something Fast at Randwick in benchmark-88 grade.

“The last time I brought him to 1600 metres he may have been in need of the run,” Cummings said.

“He’s been placed twice at the trip in town and he’s been very effective at 1500 metres.

“It’s in his favour over this testing mile event that he gets in on the limit and in his best form.”

Grant Buckley has the ride on Phaistos who was second favourite at $5 on Thursday behind the Joe Pride-trained Archedemus ($4.40).