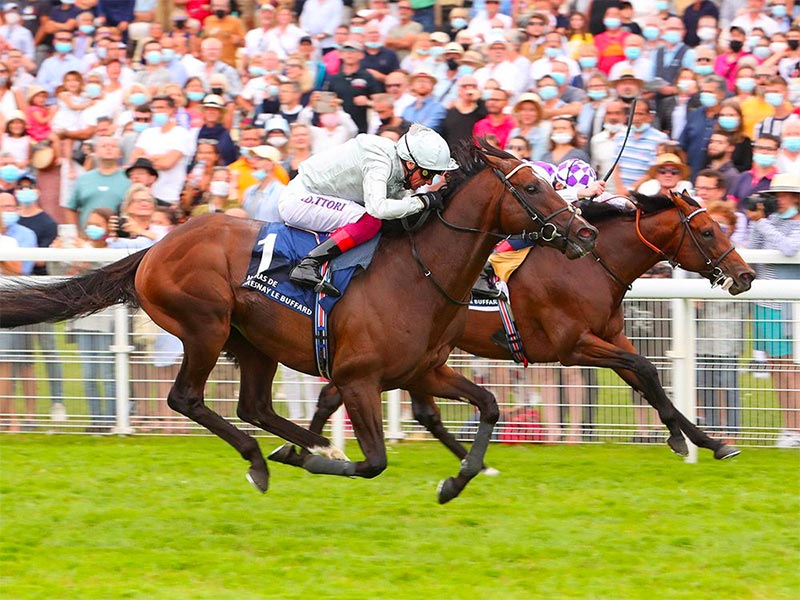 The four-year-old son of Kingman has now won nine of his 10 career starts, including three consecutive Group 1 victories.

Palace Pier also became the first back-to-back winner of the Marois since 1997, when champion racehorse Spinning World completed the feat.

After dismounting, star jockey Frankie Dettori was full of praise for the horse.

“He’s beautiful. He’s got everything: pace, turn of foot, goes on any ground.

“We were rushing him to get him here today, he’s lost a bunch of work.

Most of the field of eight came to the near-side rail, which appeared to be the better going, but class prevailed from both horse and rider as Dettori and Palace Pier went past on the far side in the straight.

It was a nervous watch for favourite backers as Palace Pier had to fight right until the line, getting the better of the $3.40 second-favourite, Poetic Flare.

“I got the tail of Mickael (Barzalona aboard Victor Ludorum), and then I kept an eye on Kevvie (Kevin Manning aboard Poetic Flare), when he kicked I went after him,” Dettori said.

“Basically, I raced on my own the last 200m and I passed him (Poetic Flare) good, and then Kevin came back and fought me back, but like I said, he’s so good that he keeps on doing it.

“Apart from losing a shoe in the QEII (Queen Elizabeth II Stakes) last year and a bad start, he’s done nothing wrong.

“I love him so much. He’s a joy to ride, good to be around; full credit to the team, you know, it’s great.”

The victory made it Dettori’s sixth win in the French feature race.