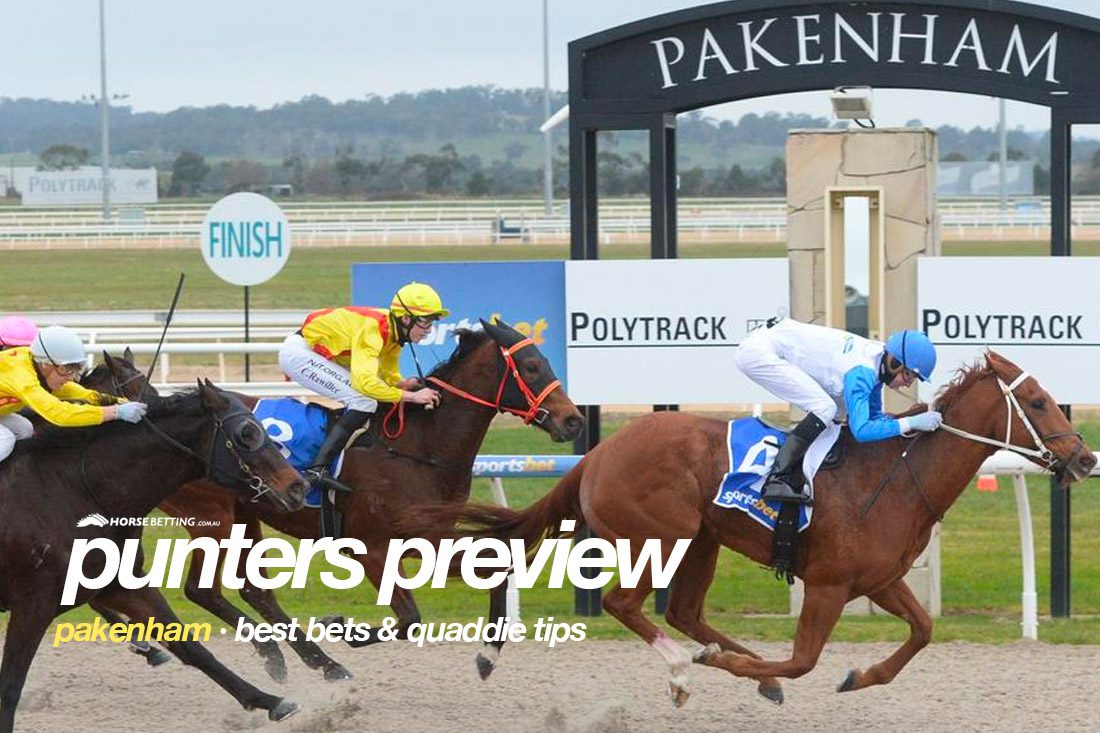 Pakenham Racecourse is scheduled to host an eight-part card on Monday and HorseBetting’s Victorian horse racing form analyst brings you his best bets and quaddie numbers. The meeting is scheduled to get underway at 1pm on the club’s Synthetic track.

Following some poor results on the grass to begin her campaign, the Ciaron Maher & David Eustace-trained Michante returns to the Synthetic and looks a clear best bet of the day. The four-year-old mare has two wins and a second on the surface at the start of her career and from barrier two on Monday, will look to give her rivals no chance of running her down. Despite needing to lug 62kg following the 3kg claim from Matthew Chadwick, the Americain mare, if Michante can hold the rail and dictate terms throughout, her front-running racing pattern and the bit of class she brings to the race she see her return to the winners stall on potential alone. The $2.70 on offer with online betting sites looks to be a terrific gift before the end of the financial year.

Next Best at Pakenham – Maui

The Phillip Stokes-trained Maui has found a new lease on life since coming onto the synthetic surface this campaign. The four-year-old gelding has strung together consecutive (albeit narrow) victories on the Pakenham Synthetic and we anticipate he can make it a third win in succession. The form out of his last win on June 3 was franked last Wednesday, with Copperfield coming out and smashing his rivals at Cranbourne at metro level. From barrier five, apprentice Sheridan Clarke who claims 2kg should have no issue in finding a spot midfield with cover and if the pair are afforded that, the race could be over nice and early. Maui’s turn of foot is arguably the best in the race and considering the 1kg drop in weight, Maui should be bringing up a third win from as many starts at the Pakenham Synthetic mile.

Whispering Tycoon looks a great way to end that day at Pakenham. The three-year-old gelding endured a tough run at Ballarat last time out, but did well to stick on and finish third, beaten just over two lengths. The Written Tycoon gelding gets the blinkers on first time, which looks to be a sure fire sign of the stables intent to lead from the soft draw of barrier three. This looks to be a hot race in terms of early speed, but if Blaike McDougall can have this bloke out in front after 200m, his win four starts back at Avoca suggests he will take some gunning down. We’re happy to take the $11 with Palmerbet to find out