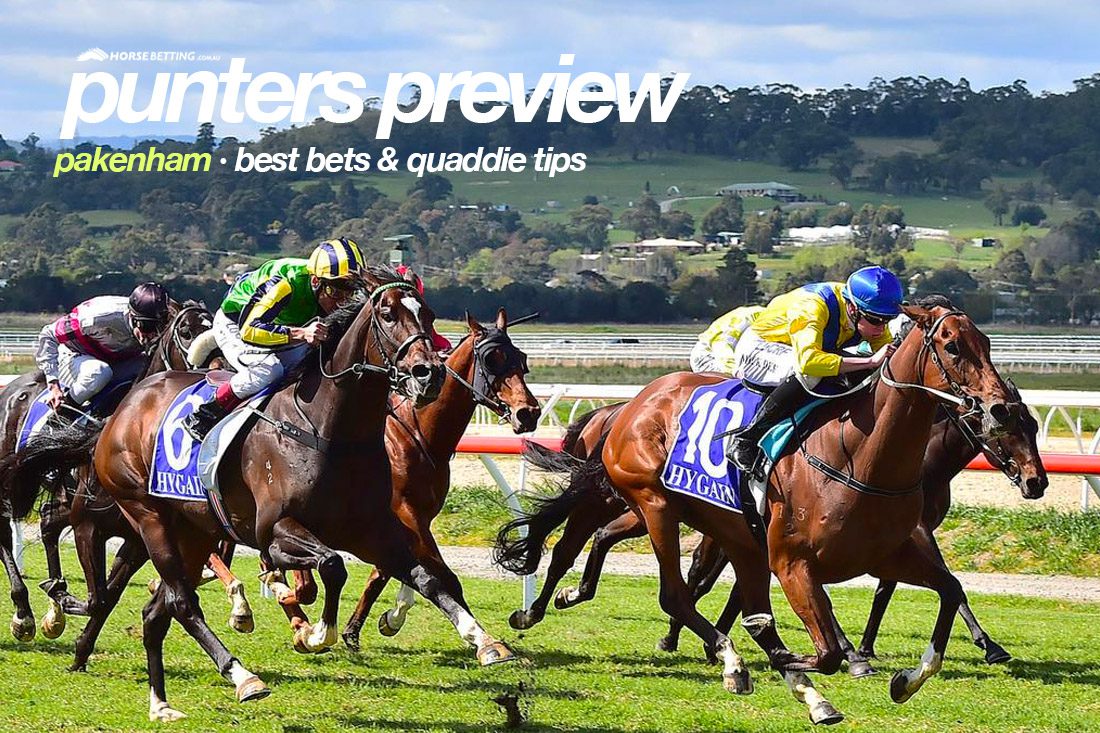 As the Warrnambool May Racing Carnival approaches, we head to Pakenham on Easter Monday for a six-race card, with each race set to be run over the sticks. Horsebetting’s Victorian form expert has found a couple of best bets and a skinny quaddie in a bid to round out the Easter long weekend on a winning note.

The way the Gai Waterhouse & Adrian Bott-trained Hush Writer smashed his rivals at Warrnambool in his maiden win over the hurdles, suggests he will be mightily hard to beat at Monday and then again down at the ‘Bool in May. The seven-year-old gelding is without a doubt the best credential flat runner in the race and the clean pair of heels he showed over the jumps on March 25, suggests he will be the one to beat in the 1JW Hurdle. He had plenty left up his sleeve last time out and a similar effort on Monday, will have Hush Writer a paddock in front of some of these by the winning post. Take whatever price you can get with online bookmakers and put it in your multi’s.

The JJ Houlahan Hurdle winner from August, Saunter Boy is set to return to the hurdles in the MJ Bourke Hurdle following a couple of warm up runs at Yarra Valley and then at Caulfield. He is one of the cleanest jumpers in the country on his day and with a nice turn of foot on the flat, he clearly looks off the better bets of the day. With three wins and a minor placing over the 3200m, he clearly loves the trip and with a clean jumping performance his class will take him a long way in this. Steve Pateman will have him out the back upon settling and when asked for an effort, we expect Saunter Boy to put away this field with relative ease.

The henry Dwyer-trained Budd Fox is a genuine stayer, who will stay all day and is set to have a go over the sticks in a BM125. Prior to his second place effort to Nordic Pride on the flat at Sandown on April 6, the Foxwedge gelding won a Warrnambool trial by 16 lengths to suggest he will run a bold race on Monday. From barrier one, Arron Lynch will be able to track the speed throughout and with a win to his name over 3200m when breaking his hurdle maiden, he will handle the occasion and looks a great bet in the third leg of the quaddie.