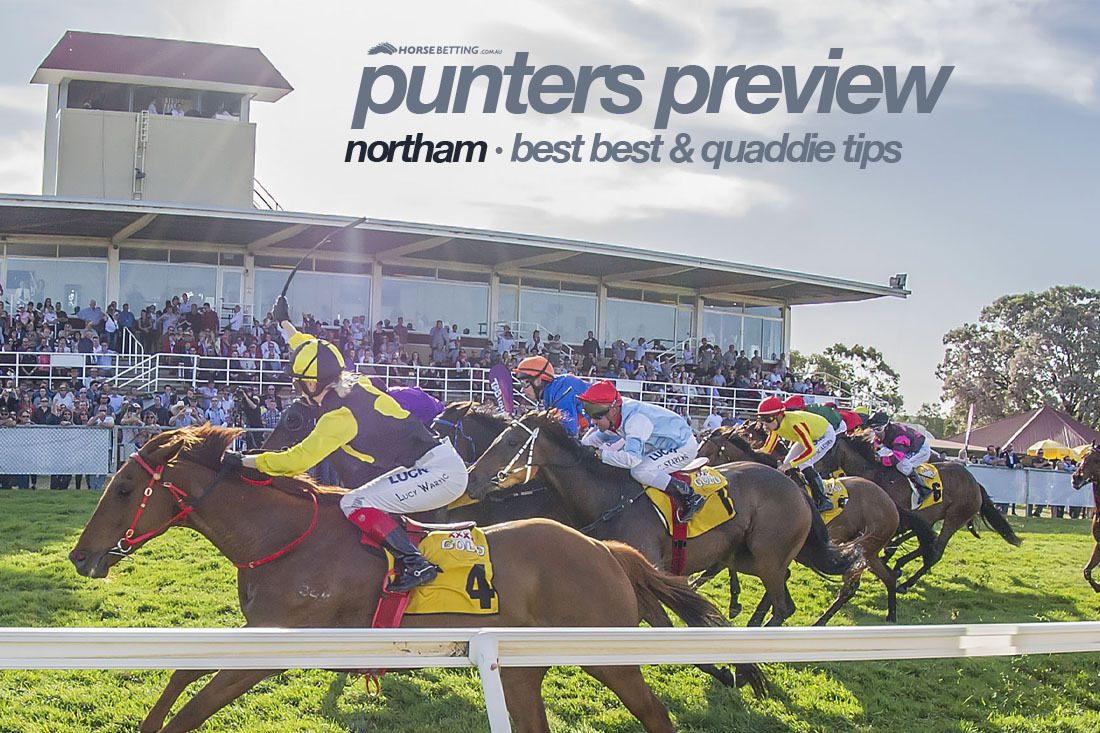 Racing heads to Northam Race Club on Sunday afternoon where a nine-race card is scheduled for Northam Cup Day. Horsebetting’s Western Australian horse racing tipping expert presents his best bets, top odds and free quaddie selections. The track is rated a Good 4, with the rail in the true position, for the meeting commencing at 12:47pm AWST (3:47pm AEDT).

There is no doubting that Kaptain Kaos is a favourite of ours and despite failing at Ascot last time out, we think he looks well-placed here in the Listed Northam Cup. He arguably has one of the best turn of foot in the field and if he brings his best here, it is hard to see how they hold him out. Having begun his spring campaign with three straight wins, the Michael Grantham-trained runner simply couldn’t run down the smart Kissonallforcheeks on October 9. This will be his first crack at 1600m, but considering he gets back in the field and runs on, we expect him to get a nice tow into the race and finish over the top of his rivals and take out the Northam Cup.

Northam Best Bet – Talk It Up

Peter Fernie and William Pike are set to combine with Talk It Up who has begun his campaign with consecutive runner up efforts at Kalgoorlie. Having been beaten a combine 0.9 lengths in both starts, he is certainly due a win and with the booking of Pikey they should take some beating. From barrier eight the pair will need some luck early on, but if they are afforded it, he looks set to settle in the one-one and when asked for an effort approaching the home straight he should amble up and ultimately prove too strong for what looks to be a shallow maiden.

Next Best at Northam – Marlize

The George Dupre-trained Marlize comes to Northam following a sub-par effort at Ascot on October 9, but her form prior suggests she should stack up nicely here. Her running pattern sees her settles close to last and unleash a strong turn of foot down the centre of the track. She clearly has the best turn of foot in the race and with a genuine tempo expected she should get the race run to suit her style. With a well-timed run it is hard how to see how the remainder of the field keeps Marlize out in the second leg of the quaddie.