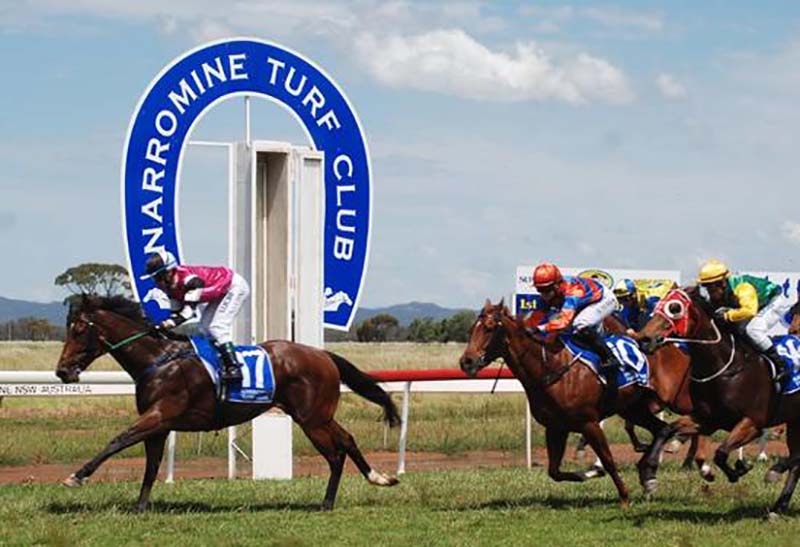 A nine-race card is scheduled for Narromine on Sunday afternoon for Narromine Cup Day and Horsebetting’s New South Wales horse racing betting expert presents his best bets, top odds and free quaddie selections. The track is rated a Heavy 8, for the club’s marquee meeting commencing at 11:55am AEST.

The Narromine Cup is the feature event on Sunday’s card, and we are sticking with the Forbes Cup winner from August 1, From The Bush for the Gayna Williams yard. Having won a Highway Class 3 at Randwick two starts back, the Poet’s Voice gelding backed it up with a gutsy win at Forbes last time out. The field he meets at Narromine is certainly no harder than what he met at Rosehill and is similar to the Forbes Cup field. From barrier eight, Anthony Cavallo will look to settle him in the one-one position and with a formidable wet track record 8: 5-1-1 he will appreciate the cut in the ground and ultimate prove too good once again as he looks to make it three wins in a row.

The John Bannister-trained Poseidon Ruler comes to Narromine following a dominant maiden victory at Scone on July 26 and we anticipate the n of Tycoon Ruler can go on with the job on Sunday. He steps up to 1600m here fourth up from a spell and having not finished outside of the first four in his first seven career starts; he certainly has the form behind him. Ashley Morgan retains the ride which is an added bonus and despite drawing out wide in barrier 14, he has the early speed to overcome the tricky barrier and should look to settle in the first half a dozen. He showed at Scone that if he can get a cart into the race, he has a sharp turn of foot and if he produces that he should prove too good for this lot.

Fresh off a close up third at Dubbo on August 8, the Dar Lunn-trained Sensei Jackie comes to this maiden with decent form heading into it. He will put himself in the race nicely despite drawing barrier 16 as he has shown plenty of early speed from the barrier throughout his career. The four-year-old son of Scissor Kick gets Matthew Palmer on board for the first time and we expect the pair to look to dictate terms in the running and with a touch of race fitness on his side in a race bereft of early pace, he should give us a sight at odds and ultimately prove too good over 1300m.