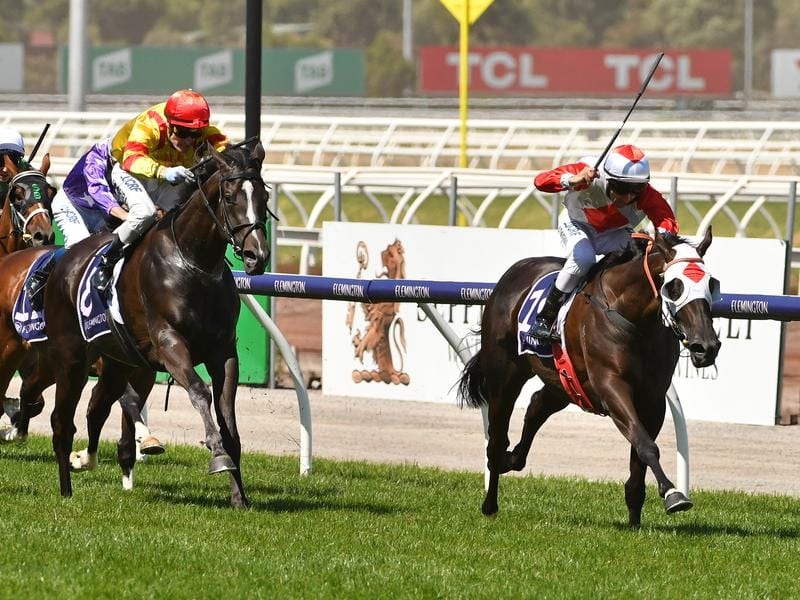 Australian Guineas winner Mystic Journey (r) has won a barrier trial ahead of her scheduled return.

Star mare Mystic Journey has won her second barrier trial at Devonport this campaign as she closes in on her new season return.

The Australian Guineas and All-Star Mile winner had been scheduled to make her return in the Bletchingly Stakes at Caulfield last Saturday week but Tasmanian trainer Adam Trinder elected hold her back because of a rain-affected track.

Instead, Mystic Journey had an 800m barrier trial at Devonport on Tuesday morning in preparation for her expected return in the Group Two P B Lawrence Stakes (1400m) at Caulfield on Saturday week.

Mystic Journey had three rivals in Tuesday’s hit-out on the synthetic track and sat back in the heat before cruising up on the outside under apprentice Chris Graham to beat I’m Wesley by a short head, with Gee Gee Double Dee a half-head away third.

Mystic Journey is the $4.50 favourite for the Cox Plate at The Valley in October, with the nominations for the $5 million weight-for-age feature to be announced on Tuesday afternoon.