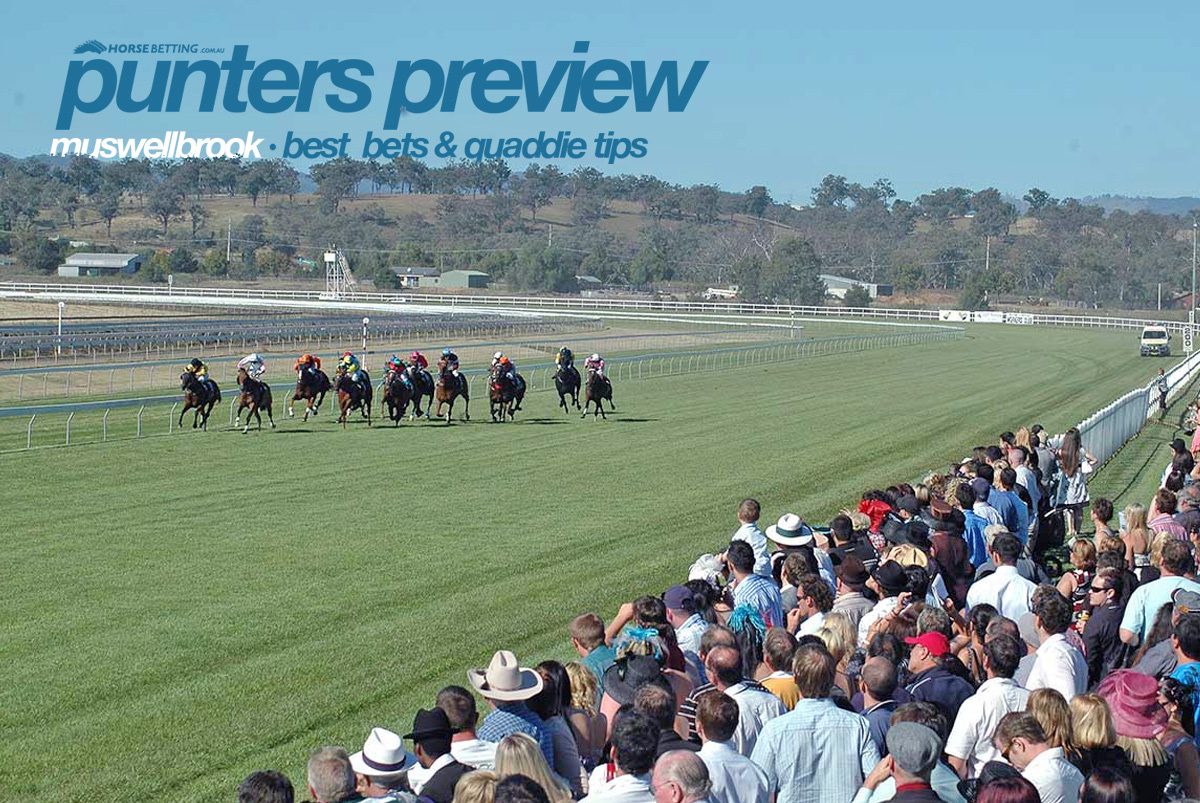 HorseBetting’s New South Wales racing analyst provides you with best bets and quaddie numbers for Friday’s eight-race meeting at Muswellbrook Racing Club. The track is rated a Soft 5 and the rail is out 3m from the 1000m to the 300m, where the cutaway comes into affect in the straight, while it is true for the remainder of the course. Racing is scheduled to begin on Friday at 12:35pm AEST.

Kylie Gavenlock and Andrew Gibbons combine in the fourth with the unbeaten Audette, a three-year-old filly by The Factor. Audette’s three wins have all come in nice style, with two of those being won here at Muswellbrook, which adds plenty of confidence. In the galloper’s most recent win, she had to carry 60.5kg over 1280m and did enough to win by three-quarters of a length, but on Friday she will drop 3kg to 57.5kg and she rises to 1450m in tougher grade. Despite this being a tougher race, she is all class and should be too good again for her rivals.

Next Best at Muswellbrook – Economics

Annabel Neasham has a first-starter in race two – a two-year-old colt by the name of Economics. The son of Capitalist has trialled twice in preparation for his debut, which saw him prove too slick for London in his first trial, and then beaten a slender margin by O’tycoon last Friday. He has shown ability in both of those metropolitan trials, so now coming to a country 2YO maiden should be very suitable. Provided Shaun Guymer finds a good spot from barrier eight, we are confident that Economics can be winning on debut.

Best Value at Muswellbrook – Careering Away

Typically we aren’t too fond of tipping horses lining up in their 67th start, but Careering Away looks pretty well placed on Friday. The Garry Lunn-trained seven-year-old has won eight of his 66 starts, placing on a further 25 occasions, so we know what we are going to get from him – a good, honest showing. The son of Hard Spun has won more than $200,000 in prizemoney and is coming off a good placing at Wellington on Saturday behind Madison Point in a 1600m Benchmark 58. Jake Barrett rode the galloper on that occasion and he sticks with him on Friday, so once again the 64kg will be reduced to 59kg thanks to the young hoop’s claim. From barrier two, he will get a good run and should once again be in the finish.