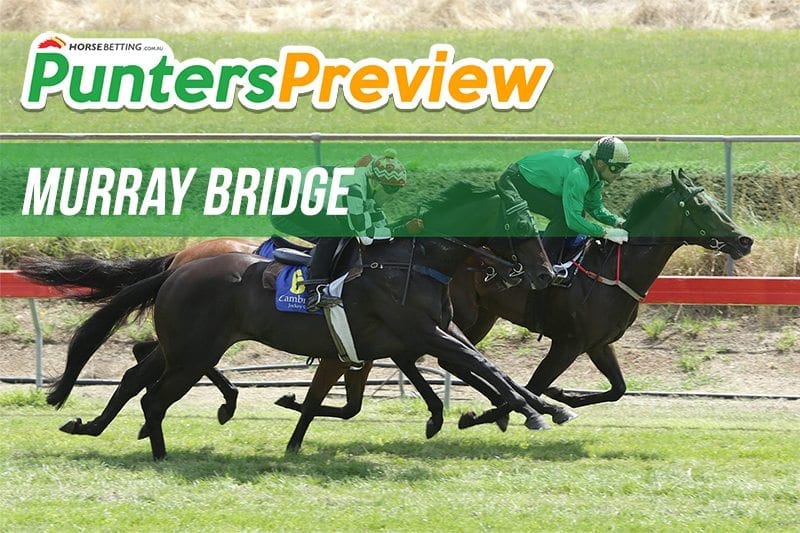 Murray Bridge hosts a nine race card on Saturday afternoon where competitive fields are the story of the day. With the track coming up as a Good 4 and with the rail in the true position we are set fair what looks to be a cracking day of racing in South Australia. There should be no excuses for fancied runners throughout the card and despite a tricky quaddie, we’ll be looking for a fill up in the middle of the card.

The first race at Murray Bridge is set to face the starter at 12:36pm ACDT.

The in-form Phillip Stokes stable saddles up our best bet of the Murray Bridge card when Sizzlefly steps out in the BM82 over 1000m. The mare was well beaten when finishing second to the impressive Terbium three weeks ago, but managed to put enough of a gap on the remainder of the field to suggest she will be hard to beat on Saturday. Having won second up in the past, she comes to hand quite quickly and looks hard to go past. Having been competitive in Listed and Group races during the Autumn carnival, she looks to have a touch of class on her side which should see her prevail as our best tip.

Michael Hickmott must have been thrilled to see his recent acquisition from the Anthony Freedman yard perform so resiliently on stable debut. Lake’s Folly was building a reputation throughout his stint for Freedman as a perennial bridesmaid. However he managed to keep his head down in a driving finish at Morphettville on Boxing Day. He is a galloper who prefers to settle towards the rear of the field and unleash a turn of foot when asked for an effort. With Jessica Eaton retaining the ride, he rates quite highly and should have too strong of a finish for this field.

In the opening leg of the Murray Bridge quaddie it is hard to ignore the consistent form that the Grant Young trained Exalted Queen has put forward in recent weeks. We’re putting a line through her last start fourth at Gawler where she had to use plenty of tickets early on to get to the front of the field, which saw jockey Caitlin Jones and rival Anna Jordjeso have words in the jockeys room. However, back on the track she had put together consecutive runner up performances before breaking through at Morphettville on December 18 by close to three lengths. She will look to lead the field up here, and considering this is no harder than that win at Morphettville two starts back, she may prove hard to catch.