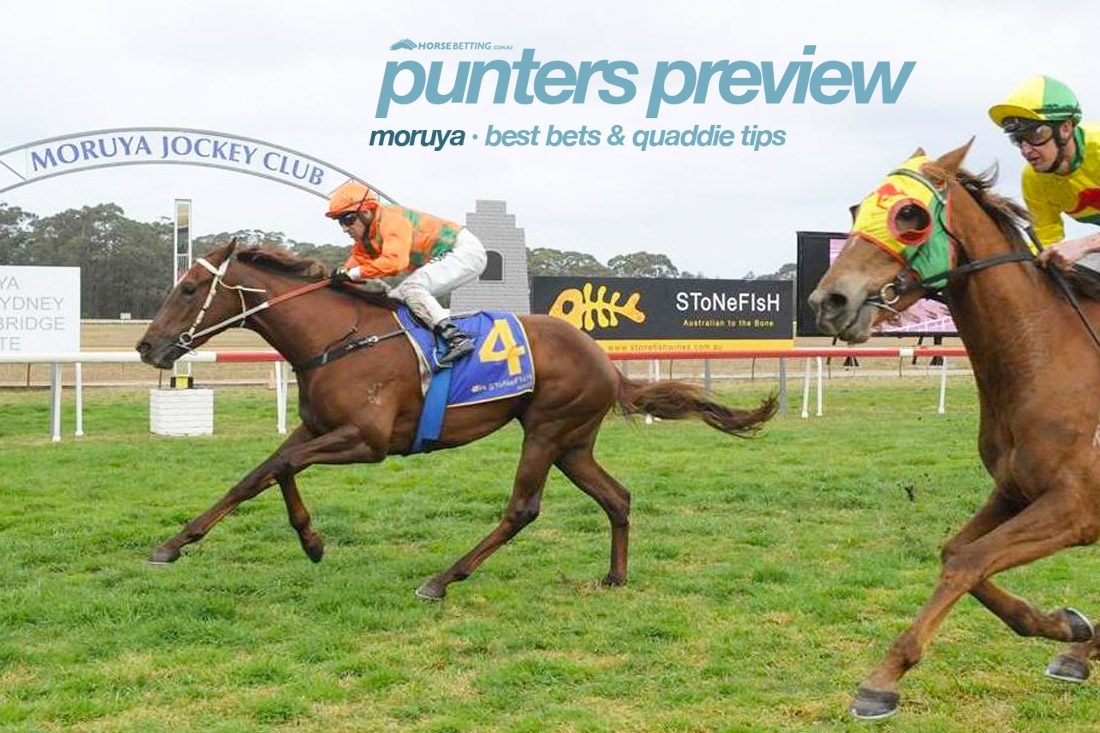 HorseBetting’s NSW racing analyst brings you his best bets and quaddie numbers for the eight-race card at Moruya on Friday afternoon, including a top pick in the Bateman’s Bay Cup. The track is rated a Soft 5, the rail is in the true position for the entire course, and the first race is set to jump at 1pm AEST.

John Gamble and Nick Heywood combine in the Bateman’s Bay Cup with Blaazay, who absolutely loves his home track, having started here five times for three wins and two minor placings. The son of Skilled had a crack at a Class 3 Highway at Kembla Grange three weeks ago where he ran well when second to Philipsburg, which is good enough form to be winning this. Although he has to lug 61kg, that is only 5kg more than the bottom weight. Drawn well in barrier nine, Heywood will have a few options, with the best of those probably being to go forward and lead like he did at Kembla last time out.

Another horse who comes out of a Highway race at their most recent start is Matthew Dale’s consistent mare Molly Nails. The four-year-old daughter of Tavistock has only raced five times, but she is a two-time winner and has raced well in Listed company without threatening. Her first-up run was very good on a Soft 5 at Randwick over 1200m, so she should relish the rise in trip to 1425m on Friday. Damon Budler’s 2kg claim means his mount will only have to carry 57.5kg, which sees her in well in a Class 2. Drawn in barrier six, Molly Nails is likely to settle in the first half of the field, which will give her every chance in the straight to finish off better than anything else.

Next Best at Moruya: Get Shafted

Lynne Morrison’s four-year-old Get Shafted broke through in maiden company in dominant style here on September 13, defeating his opposition by 5.5 lengths over 1200m. The son of Shaft stays at the same track and distance on Friday and goes into a very weak Benchmark 58, which will see him be ultra-competitive once again with Jordan Mallyon on his back. Set to jump from barrier seven, Get Shafted is likely to take up a midfield spot in the field of 14 before putting in the big bounds late to get the job done in consecutive races. The 1200m looks his go once again.