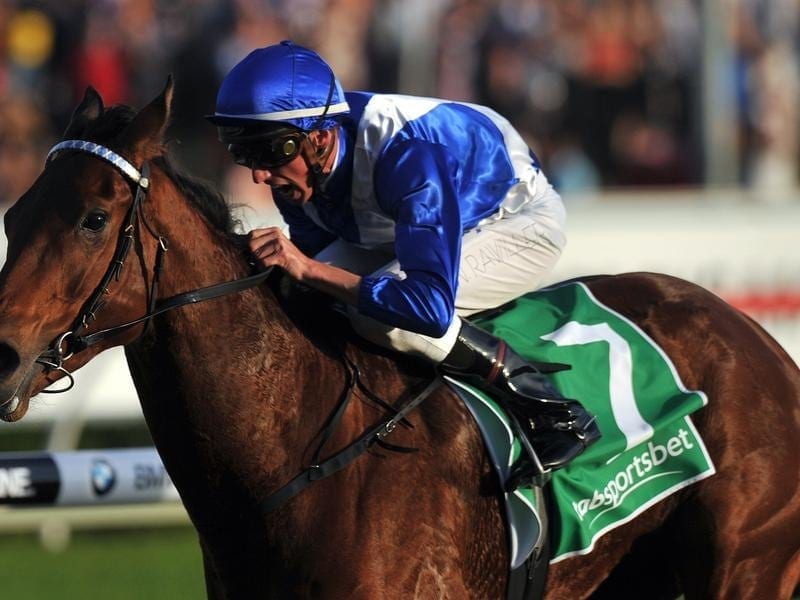 More Sundays, the second foal from More Joyous (pic) has made a winning debut at Geelong.

Impeccably bred colt More Sundays has made an encouraging start to his racing career with an impressive victory at Geelong.

By Fastnet Rock out of champion racemare More Joyous, three-year-old More Sundays was sent out the $2.40 favourite in an 1100m-maiden against his own age on Monday.

With Jordan Childs aboard, More Sundays took up the running and held the lead to defeat fellow debutant Brutal Power by 2-1/4-lengths.

There was another 3-3/4-lengths back to the third-placed horse Masterbrax.

Lindsay Park co-trainer Ben Hayes indicated the colt would head straight to town and could emerge as a Caulfield Guineas prospect.

More Joyous was a star on the racetrack for her owner John Singleton, winning 21 of her 33 starts including eight at Group One level.

More Sundays is her second foal and is raced by Singleton who also bred the colt.