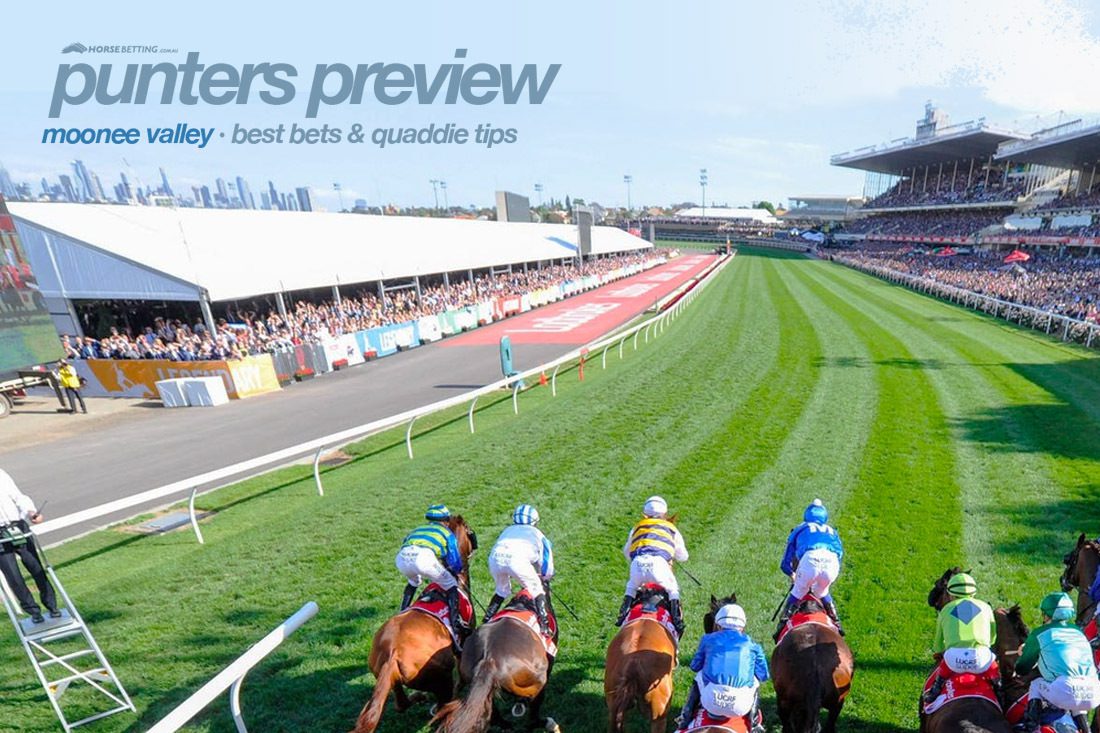 Moonee Valley Racecourse is scheduled to host a bumper nine-race card on Saturday afternoon, and HorseBetting’s Victorian form analyst presents his best bets and top quaddie picks for the day. The track is rated a Good 4, the rail is in the true position, and racing is set to get underway at 12:40pm AEDT.

Our best bet comes up in the third event when the Phillip Stokes-trained Daiqansweet Junior steps out over 2500m looking to make it four wins in a row. The four-year-old bay gelding out of Sweet Orange has a combined winning margin of 0.4 lengths over his last three wins, but despite the narrow margins he clearly has a strong will to win, unlike his rivals on Saturday. He’ll look to give the field a start, with the likes of Starcaster and Good Idea likely to set a strong pace. However, under a patient ride from Jamie Kah, we anticipate Daiqansweet Junior will finish over the top of them again and bring up a picket fence.

Following a four-month spell, we will be hoping the Team Hawkes-trained Marimenko can resume with another win following an impressive start to his life in Australia. During the spring he had three starts for two wins and a narrow runner-up, and we think the former Hong Kong galloper can kick off with a win on Saturday. His first-up win by five lengths last campaign was over 1200m, and considering he resumes at the six furlongs this time round, we know he will handle the occasion. From barrier seven, we expect to see Fred Kersley settle the five-year-old son of Zoffany up on speed and take some catching in the opening leg of the quaddie.

Garimpeiro was an impressive winner in the Woodford Cup at Warrnambool on December 31, and we think he can build on that effort on Saturday. On that day he beat home Mr Cancun, who ties in strong form lines into a BM84 affair like this. Garimpeiro hardly knows how to run a poor race, finishing in the top two in six of his last seven career starts. Craig Newitt will look to take the five-year-old son of Al Maher back into the second half of the field, where they can let the race pan out in front of them. With a genuine tempo expected, look for Garimpeiro to work through his gears approaching the home turn before showing a nice turn of foot. Online bookmakers are giving us very tasty odds about this one.