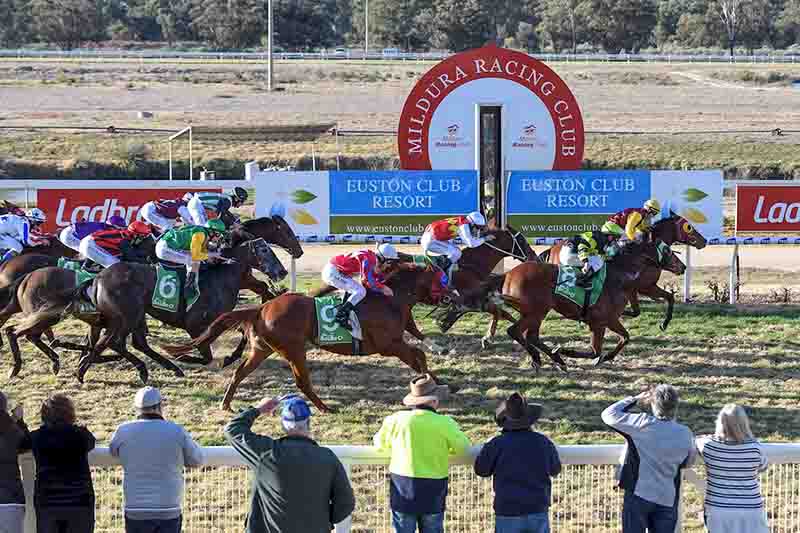 Racing heads to Mildura on Monday afternoon where an eight-part card is scheduled and Horsebetting.com.au present our best bets, top odds and free quaddie selections. The track is rated a Soft 5, for the meeting getting underway at 12:25pm AEST.

Paul Preusker sends his four-year-old Paramedic back to the Mildura 1400m, following a second on debut over the 1300m at the track. The Reliable Man gelding ran into one better on July 23 but having hit the lead with 100m he showed that he has some ability and looks perfectly placed in this maiden field. Despite drawing barrier 11, we expect Dean Holland to look for the front where he can dictate terms and give his rivals something to chase and in what looks to be a shallow maiden, we do not expect him to be caught over 1400m.

In the second leg of the quaddie, Saasmit is set to return from a six-month spell on Monday and the three-year-old filly from the Ciaron Maher and David Eustace stable is set to appreciate the step back from Stakes grade. Having chased home the likes of Dosh and Gimmie Par in her initial campaign, this is set to be her easiest task in some time, and we expect her to be too classy for this field. Expect to see her settled in the second half of the field and under a well-timed steer from Harry Coffey, we expect to see her make her way to the centre of the track and ultimately prove too hard to hold out with a sharp turn of foot.

In the final leg of the quaddie, the Majella Ballantine-trained Cracking Night comes to Mildura chasing three wins in succession. The four-year-old son of Night of Thunder managed hold of his rivals at Warracknabeal on July 25 having settled just off the leaders. From barrier nine at Mildura, apprentice Logan McNeil who retains the ride claiming 2kg will look to get him in the one-one position and when asked for an effort we expect the 57kg on his back to be the difference as he pulls away for another win.