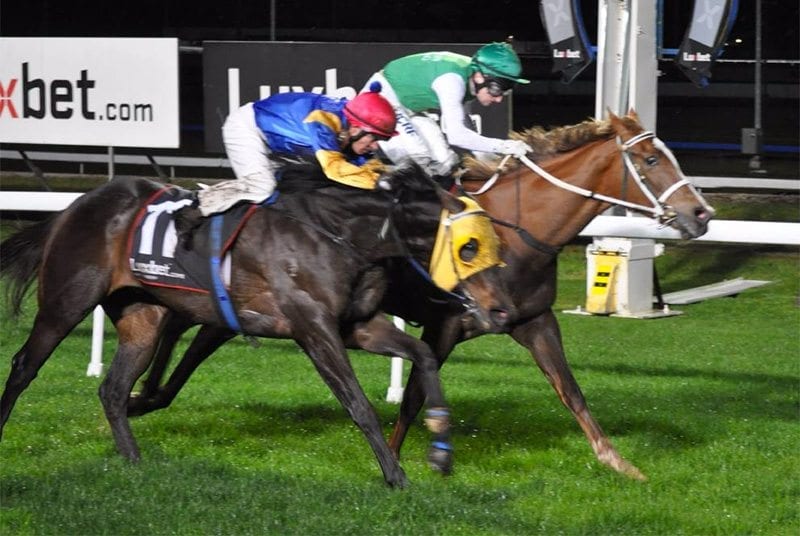 TASMANIAN star Life On The Wire is set to be tested for the first-time in mainland Australia after connections decided to put the mare to the test at Sandown on Wednesday.

The daughter of Pluck has been prolific in the apple isle, missing the placings just twice across its ten race career, and a win in the Ladbrokes benchmark 70 would be the horse’s third-straight success and fifth win overall.

Life On The Wire is currently a $6 chance at Crownbet to take out the race, and co-trainer David Brunton, who trains alongside his son Scott, said the four-year-old is set to make an impact in its maiden run outside Tasmania.

“She’s coming into the race as a big chance,” Brunton told HorseBetting.com.au.

“She’s close to, if not the best horse we’ve got going around, so we reckon we have a good chance of getting a win on Wednesday.”

The confidence in the horse is reflected in the market.

Punters have backed Life On A Wire into the current price after Ladbrokes opened the horse as an $8 elect late on Monday night.

It may have been slightly unsettling for the horse coming in Melbourne given the sweltering conditions that are currently engulfing the Victorian capital.

The horse was welcomed by a 31 degree day in Melbourne on Tuesday, and a top of 34 is expected for Life On The Wire’s mainland debut, which could be a concern for the galloper given the routinely cooler days across the Bass Strait.

“It’s been a bit hot for her, she was a bit unsettled since getting across.

“She came across on the boat overnight, but she’s drinking plenty of her water and seems to be eating alright, so I’ll leave the feed in with her and I expect that to be gone in preparation for what should be a good run in a tough race for her.

“It’s actually been pretty hot over home, so its not a complete shock to the system.”

A strong run is expected from the Tasmanian product on Wednesday if the form in the homeland remains intact fresh off the boat.

A consistent and progressive mare, Life On The Wire’s last run before making the trip over was without question its strongest performance to date. The four-year-old took out a class three race in Launceston as a $1.65 favourite, which took its rating to 71.

Brunston said the team will target weekend grade racing in Melbourne if all goes according to plan.

“We’re looking for a good showing on Wednesday, then we’ll be looking to Saturday races,” he said.

The trainer said the Melbourne stint may be a short-lived one for now.

“We’re looking at races back home after a few runs in Melbourne.

“There’s a group race, the Vamos Stakes for the mares we’re looking at that we think will be good for her. We’re hoping for a couple of big runs in Melbourne then will bring her back and have a crack at that group race.”