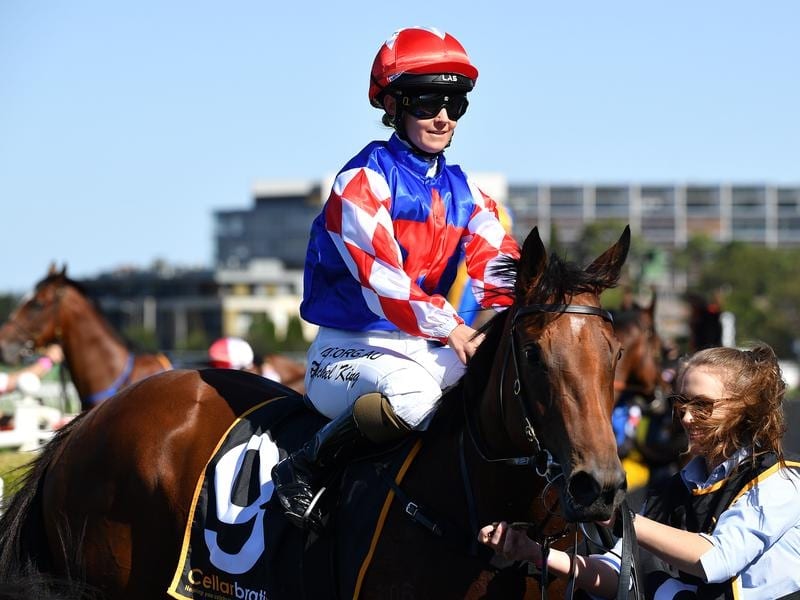 Macroura will be one of two runners for Ciaron Maher and David Eustace in the Woodlands Stakes.

Having embraced the challenge of leading the Maher and Eustace operation in Sydney, Annabel Neasham has relished the chance to educate the next generation of horses.

Two-year-olds have been their backbone since the Victorian-based training partners opened a satellite arm last year and there have been many success stories with Away Game, Prague and Holyfield all claiming stakes races.

Neasham says helping to develop the youngsters is both exciting and grounding.

“It’s like opening a present, you don’t know what you’re going to get,” Neasham said.

“I enjoy identifying talent and some of them can surprise you.

“They can make fools of you too. We’ve had plenty who we thought would just go out and win because they do nothing wrong at home and they trial well, but they’re still maidens.”

Neasham will saddle up two juveniles for Maher and Eustace in Saturday’s Listed Woodlands Stakes (1100m) at Rosehill and the pair book-end markets.

Macroura, unbeaten in two starts, was favourite on Thursday while Cross The Rubicon was the outsider of the field at $51.

But the stable does not separate the trackwork partners as easily.

The highly-regarded Macroura has the form on the board, while Neasham is adamant Cross The Rubicon has improved significantly since she was beaten on debut at Muswellbrook.

The country race was deceptively strong with first and second, Marboosha and Mrs Maisel, subsequently winning in town and also earning a start in Saturday’s feature race.

But the biggest pointer could be jockey Glen Boss who rode Cross The Rubicon in a barrier trial and was keen to reunite with her at Rosehill.

“He gave us a push to run her in this race,” Neasham said.

“Ordinarily, we wouldn’t go to a stakes race with a maiden but given the form of that race, it’s her last chance in NSW to get black-type as a two-year-filly.

“It is a bit of a throw at the stumps but she is Macroura’s workmate and you can’t split them at home so she deserves to be there.”