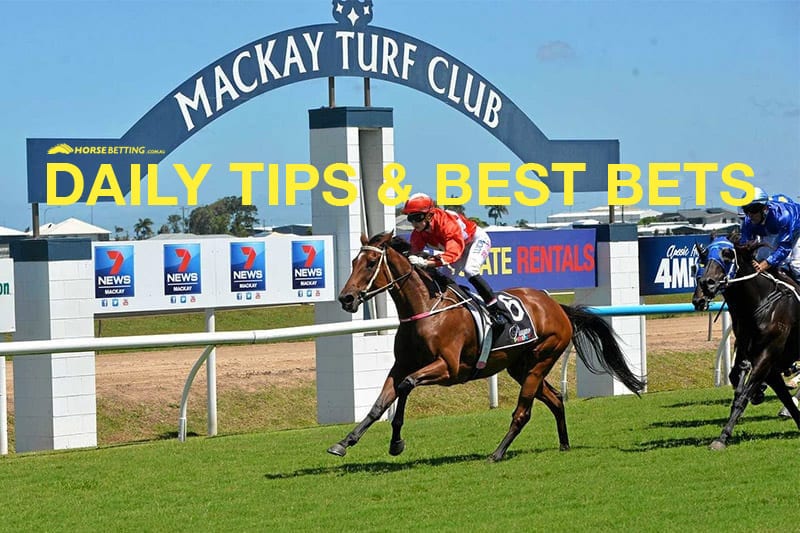 With the abandonment of both Doomben and the Sunshine Coast Polytrack meeting on Saturday and the postponement of Toowoomba’s Saturday night meeting, Mackay will be the only TAB meeting in Queensland today. HorseBetting’s Queensland form analyst brings you his free quaddie numbers, best bet and best value bet, as well as his top pick in the QTIS Jewel Qualifier 3YO Plate. The track is rated a Soft 6 and the rail is in the true position for the entire course, with racing set to get underway at 12:39pm AEST.

There really are no prizes for finding Sweet Dolly on top, but as an avid Queensland racing follower, we just have to be with the filly. Kevin Hansen’s three-year-old is undefeated in four starts, going from a 5.8-length maiden win at Townsville in November 2020, straight to the Listed Calaway Gal at Eagle Farm a month later, before winning a 2YO Fillies Plate at the Sunshine Coast and then rounding out her first racing preparation with a tough win back in March in the QTIS Jewel 2YO. The daughter of Real Saga had an injury setback which saw her sidelined for 12 months, but a recent trial outing at Rockhampton suggested she is back to where she left off. Justin Stanley has been on in all four starts and in all of her trials, so he knows what this filly has under the bonnet. The $1.50 on offer with SportsBet can be anchored in multis around the country today.

Mackay’s Best Of The Day – LETS TORQUE A DEEL

John Manzelmann and Montana Philpot combine in the last with Lets Torque A Deel, who is coming off a win at Rockhampton on February 11. That win comes with a bit of an asterisk next to his name, as it was a dead heat with Frankie Blue Eyes, who has performed well in South-East Queensland. The son of Dundeel was hitting the line very well over 1600m on that occasion, doing enough to share the spoils, so the 1560m distance this afternoon should be to his liking. The five-year-old gelding rises 1kg from his last win, getting in here with 52kg after Philpot’s claim, which should make him hard to beat again. He’s a fit horse and will be doing his best work late.

In the opener, Peter Cullen rides and trains his four-year-old mare, Little Ivy. The daughter of Spill The Beans is yet to place in 10 career starts, but she is angling towards that elusive win after a good fifth at Mackay last Tuesday. Little Ivy closed off well enough to entertain backing her at her next start over a little bit further, and that is what we get today. She has drawn well in barrier four which should allow her rider to settle handy in the run, while the 1300m is going to suit her down to the ground if her last start is anything to go by. There is enough starters to have an each way bet with the bookies on her in the opener.