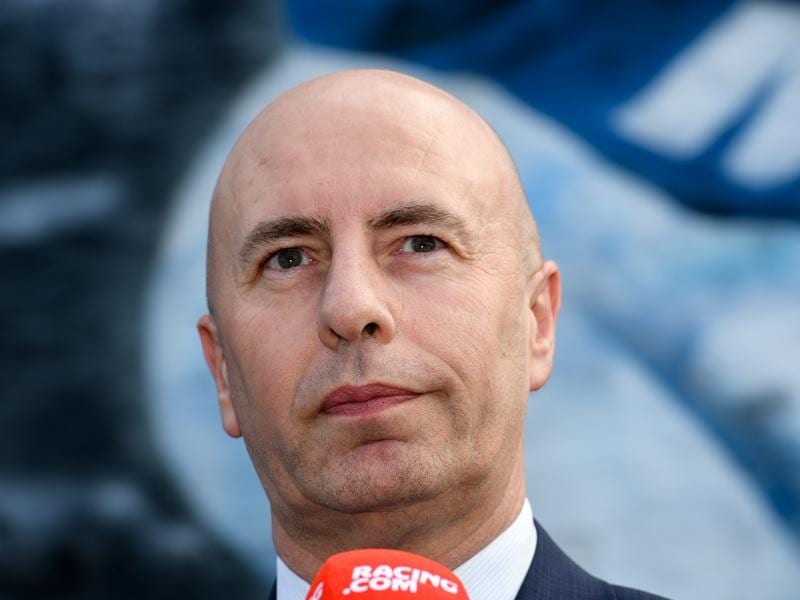 Victorian racing officials are working with the Australian government to try to get Japanese mare Lys Gracieux to Melbourne to contest the $5 million Cox Plate.

Because the mare ran in Hong Kong in April, she is currently ineligible to travel to Australia because of quarantine restrictions between the two jurisdictions.

Lys Gracieux has been included among 187 nominations taken on Tuesday for the Cox Plate.

She won the Group One Takarazuka Kinen in Japan in June making her eligible for a $2 million bonus should she also win the Cox Plate at The Valley on October 26.

“They are super keen to come out but we are just working through the quarantine challenges at the moment,” Moonee Valley Racing Club chief executive Michael Browell said.

“She ran in the QEII in Hong Kong at the end of April and as it stands today there needs to be 180 days before they come into Australia.

“I think it would work out around 165 to 170, so we’re looking to see if there’s any opportunity that she could be given dispensation to come through.

“And I’m sure if that was granted we’d see her here in the Cox Plate this year.”

Racing Victoria’s general manager – international and racing operations, Paul Bloodworth said he expected to have an answer in the next couple of weeks.

“We are working with the Australian government for a dispensation for the horse,” Bloodworth said.

“We’ve got some hope because she did spend two weeks in quarantine in Hong Kong and didn’t mix with the local horse population.

“We’ve told them (Lys Gracieux’s connections) that one way or another we’ll have an answer for them by mid-August because they need to make decisions on what the horse is doing for the remainder of the year.”

Browell said connections of internationals Danceteria and Kluger had accepted invitations to compete in the race.