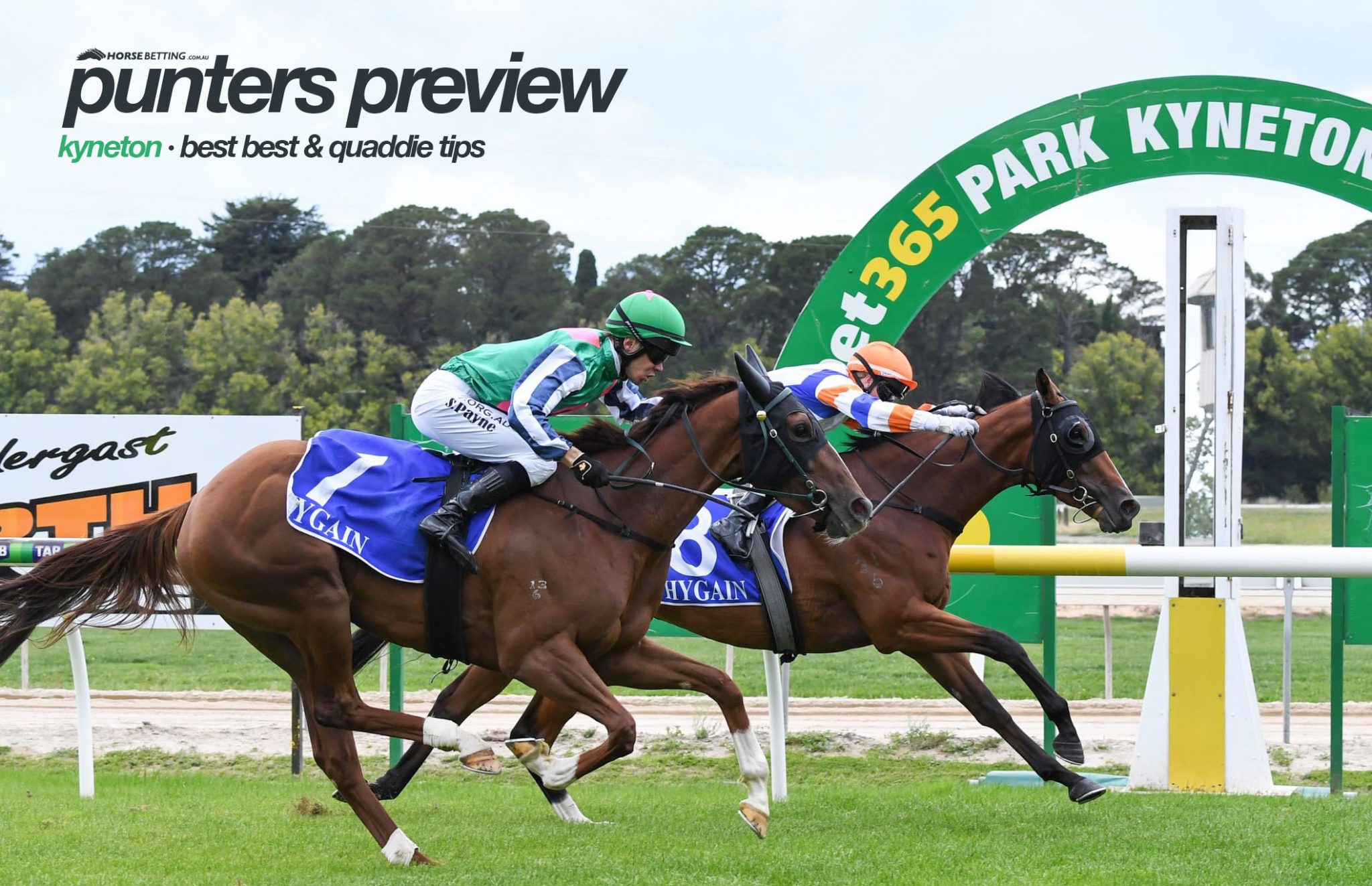 HorseBetting’s Victorian form analyst presents his best bets, quaddie numbers and odds from Australia’s leading online bookmakers for the eight-race card at Kyneton on Monday afternoon. The track is rated a Soft 5, with the rail out in the true position, for the meeting getting underway at 1:30pm AEDT.

The Ben & JD Hayes-trained Mortal Witness will be hoping to go one better than his narrow runner-up performance at the Kyneton 1218m on October 12. The three-year-old Star Turn filly returns to the track and distance fresh off a six-week freshen up and despite drawing barrier 11 we expect she will be too hard to run down. Luke Nolen will look to roll forward from the wide barrier and either take a sit just outside of the leader or look to duck in and gain cover in the one-one. What got her beat last time round was her tendency to over-race early on which would have used up plenty of tickets. If Nolen can get the filly to settle a touch better this time round, we anticipate Mortal Witness will be too hard to run down and bring up a second career win.

Next Best at Kyneton – Kikuyu

Jason Warren & Dean Krongold send their three-year-old gelding Kikuyu to the Kyneton 1450m following two minor placing efforts to begin his career. Having settled four wide with no cover at Mornington on November 18 when finishing third, the son of Crowded House did well to stick on and finish third despite a tough run. Having drawn barrier seven on Monday he will need a bit of luck early on, but with speed drawn to his outside should get a nice cart across from the sticky barrier. If Rhys McLeod can have Kikuyu settled in the one-one and with a nice turn of foot, we can see him breaking through for a deserved maiden win at start three.

The Lenny Xuereb-trained Smokin’ Toff was an impressive all the way victor on debut at Mornington two starts back when beating Kikuyu and we expect her to run a big race here on Monday. The four-year-old mare backed it up with a fifth-place finish at Mornington on November 18 but had plenty of excuses when settling three wide with no cover. Based on his debut run, he is a horse that likes to roll forward and be up on speed, which is certainly no disadvantage at Kyneton. If Arron lynch can get her to the front of the field, we anticipate this Toorak Toff mare to be too hard to run down late in a genuinely run 1100m affair.