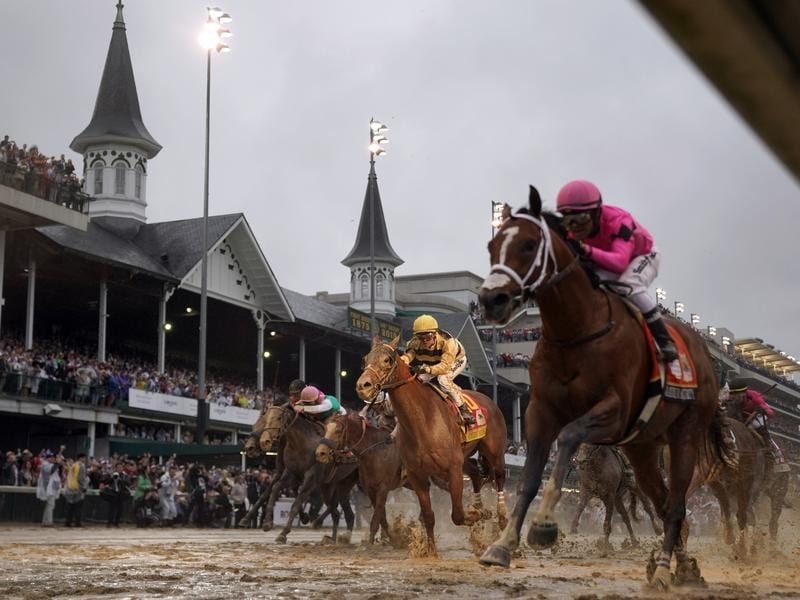 The famous Kentucky Derby will be postponed for only the second time in its 146-year history.

The Kentucky Derby, the first jewel in North American horse racing’s Triple Crown, has been postponed to September 5 from May due to the coronavirus outbreak, Churchill Downs says.

It marks only the second time in the race’s 146-year history that the ‘Run for the Roses’ has been postponed and not contested on its traditional first Saturday in May slot at Churchill Downs. The race was delayed a month in 1945 because of World War II.

“Throughout the rapid development of the COVID-19 pandemic, our first priority has been how to best protect the safety and health of our guests, team members and community,” said Churchill Downs CEO Bill Carstanjen in a statement on Tuesday.

“As the situation evolved, we reached the difficult conclusion that we needed to reschedule.

“At no point did we ever consider cancelling the Kentucky Derby.”

The Centers for Disease Control recommended on Sunday that events of 50 or more people be cancelled for the next eight weeks throughout the United States.

The Preakness Stakes, the second leg of the Triple Crown run at Pimlico on May 16, could also be in jeopardy with the third leg, the Belmont Stakes in Elmont, New York, set for June 6.

Churchill Downs said talks were underway to run those races as well in September and early October to keep the Triple Crown in place.

The Kentucky Derby becomes the latest in a long list of major sporting events impacted by the coronavirus pandemic as governments around the global struggle to contain the outbreak.

Britain’s most famous steeplechase, the Grand National, was cancelled on Monday due to the coronavirus threat. The festival, first staged in 1839, was due to take place from April 2-4 at Aintree.

The coronavirus has infected more than 180,000 people and killed over 7000 worldwide.