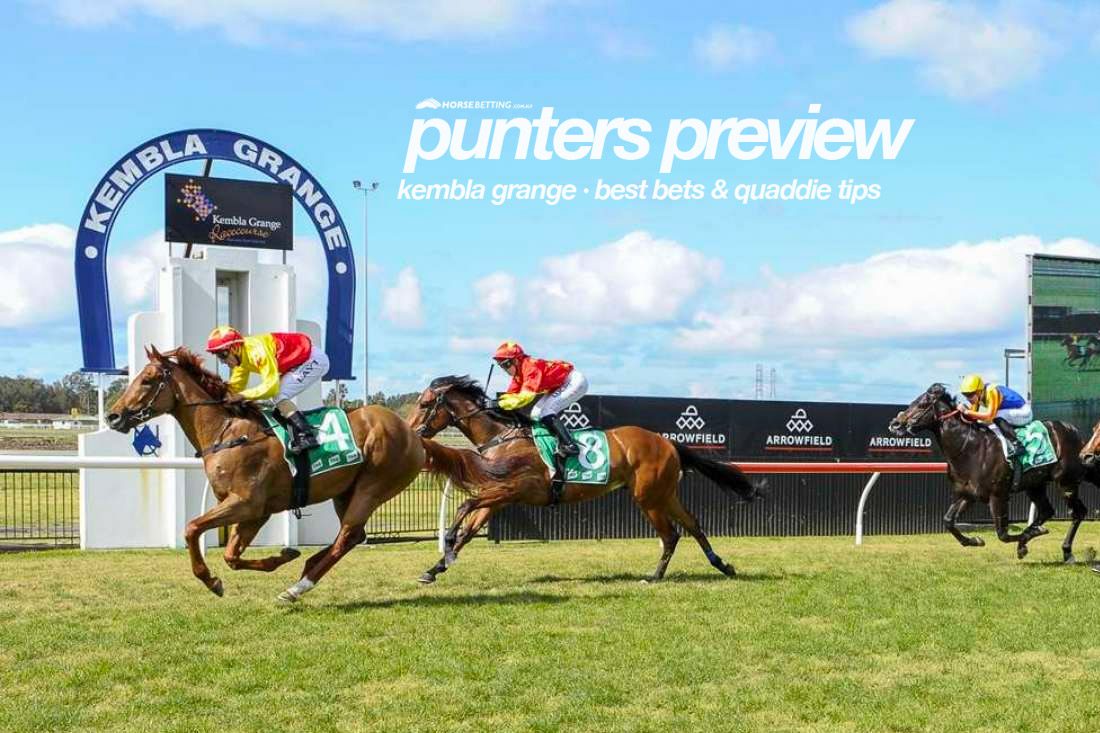 HorseBetting’s New South Wales form analyst brings you his best bets and quaddie numbers for Thursday’s meeting at Kembla Grange. The track is rated a Soft 7, the rail is in the true position for the entirety of the course, and the opening race of the afternoon is set to jump at 1:20pm AEDT.

Punters were quick to snatch the early odds of $2.10 about this talented gelding as he looks to remain unbeaten in his second racing preparation. Conrad has only had four starts but has shown plenty of potential, winning twice and placing second on debut at Canterbury. At his second career start, the son of Maurice won by nearly four lengths at Wyong, beating Mokulua, before running well in Group 3 company behind Saif and Converge, with the latter going on to win a Group 1 in Brisbane, while he also beat home the likes of Group 1 runners Forgot You and Coastwatch. The three-year-old from the Kim Waugh stable defeated Fox Fighter when fresh, and that horse has since come out and won well in the city, so everything points to a win on Thursday. James McDonald will do the riding once again, which is a big plus, and given the soft draw in barrier five, he should be handy in the run as he justifies favouritism.

Next Best at Kembla Grange – Zudin

While we admit we would have liked to find a bit more value on the card, we are very confident that the two short-priced favourites of the afternoon should win thanks to good rides by James McDonald. In the opener, McDonald links up with Chris Waller aboard Zudin, who is looking for his second career win in his 13th career start. The four-year-old is superbly bred by Redoute’s Choice out of a Group 1-winning mare in Fenway, so you would expect on that form that Zudin can win a weak Benchmark 64 on a Thursday. The gelding has been runner-up in his past two starts over 2100m at Gosford and Wyong respectively, so while the drop in trip to 2000m won’t be ideal, the bigger straight at Kembla Grange should give him plenty of time to balance up and hit the line. He might be on the next online auction if he doesn’t win this.

Prior to markets going up, we thought Stray would have been a good bet in this race at an each-way quote as she comes out of races behind Profondo, Never Been Kissed and Giannis, but the $2.80 seems a bit skinny to get involved. The runner that we thought would have been favourite is the top weight, Greater Harlem, who will be attempting to breakthrough at start six. The Chris Waller-trained colt hit the line nicely behind Hoover Lucy on October 4 at Warwick Farm over 1400m when having his first run in a month, so he should relish the extra 100m now as he steps to 1500m. Early in his career, the son of Hinchinbrook was not beaten far by Overpass and Overmann, which reads well. If Tommy Berry can find cover early from barrier 11, Greater Harlem can break his maiden in this race.