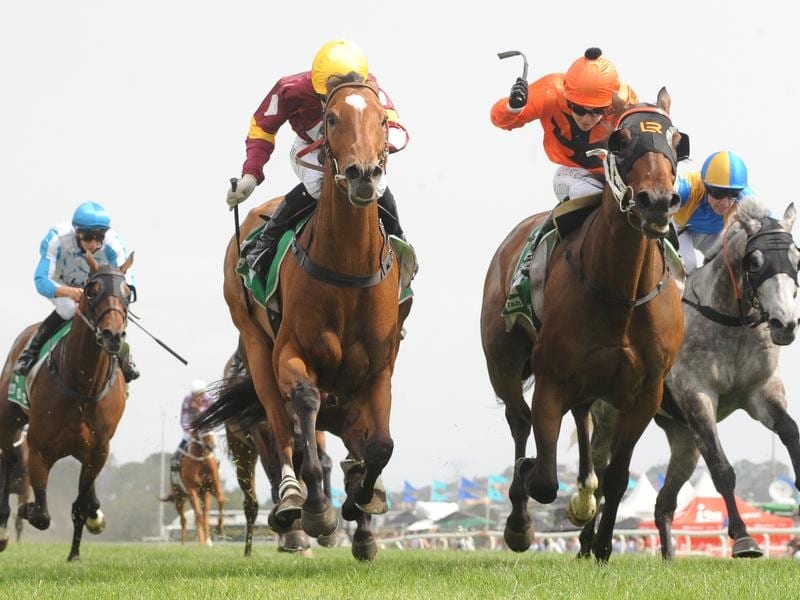 A mammoth nine-race card is scheduled for Kembla Grange Racecourse on Thursday afternoon, and HorseBetting’s New South Wales tipping expert presents his best bets and top quaddie selections with odds from Australia’s best betting sites. The track is rated a Soft 5, while the rail is out 9m from the 1100m to the winning post and then 6m for the remainder of the course. The meeting is set to get underway at 11:45am local time.

Our top pick comes up in the opening event as the Mark Newnham-trained Mystic Rebel steps out over 1400m. The three-year-old Dissident filly narrowly missed on debut at Kensington on July 7 over 1150m but looks perfectly placed to bring up her maiden victory at start two. She showed enough to suggest she will take some catching on Thursday, having settle second in the running on debut, only to be beaten by a half-head. Rachel King retains the ride and from barrier one should have no issue in finding the front and dictating terms throughout.

Next Best at Kembla Grange: Stoical

We were confident of Stoical’s chances at Canterbury on June 9, but the Peter & Paul Snowden-trained three-year-old simply couldn’t go on with the job. He drops out of BM72 grade for this BM64 and looks well placed to bring up another win at his third start over the Kembla Grange 1000m. From barrier three, Tommy Berry will look to take the son of No Nay Never to the front of the field, where it looks like he will get a quiet time of it. Stoical should be too good for this lot in the third leg of the quaddie.

Joseph Ible sends Sepulchre back to the Kembla Grange 2000m following her last-start win at the track and distance on June 19 under similar conditions to what she will face on Thursday. The six-year-old Dane Shadow mare box seated on that occasion and ground away in the home straight to get up on a Heavy track. From barrier six, we anticipate Rachel King will look for the one-one position, and with even luck Sepulchre should play a pivotal role in the finish. She has had two starts at the track and distance for two wins, and she’s paying a nice price to remain undefeated.