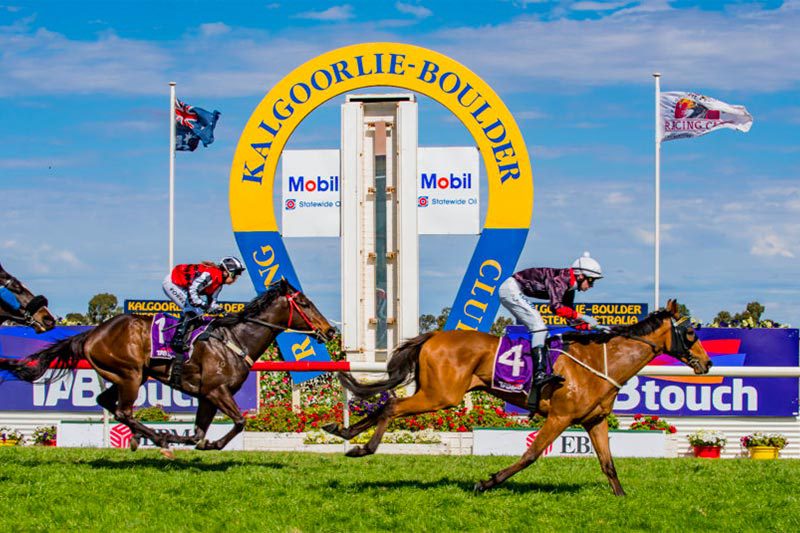 HorseBetting’s WA racing analyst brings you his best bets and quaddie numbers for the Kalgoorlie meeting on Thursday afternoon, including a tip for the featured Hannan’s Handicap. The track is rated a Good 4, the rail is in the true position for the entire course, and the first race is set to jump at 1:04pm AWST.

Seven-year-old gelding Tellem We’re Comin was victorious in this race in 2019 and looks to be on track to win his second two years later after a brilliant start to his campaign. The son of Blackfriars has won nine of his 29 career starts and amassed over $600,000 in prizemoney which has seen him be allocated top weight with 59kg under Brad Rawiller. The Daniel Morton-trained gelding finished second in the Belmont Newmarket first-up this campaign behind Samizdat, before chasing hard behind Too Close The Sun to finish second again in the Idyllic Prince Stakes at Listed level on August 28. Tellem We’re Comin was too good for his rivals last start however, racing away to win the Farnley Stakes at Belmont over 1400m on September 11, setting himself up perfectly for this fourth-up assignment. Drawn well in barrier eight, Rawiller will have him in the second half of the field and charging home late.

Darren McAulliffe and Chris Parnham combine in the third with three-year-old gelding, Recalled. The son of Epaulette has only had one career start where he finished sixth at Belmont on September 15, beaten three lengths as a well-backed $3.40 second favourite, but a bit went wrong. After settling with only two runners behind him over the 1300m journey, Recalled was forced very wide on the turn and was set a near-impossible task to run down the leaders who had a soft time of it out in front, however he worked home nicely enough on debut. The horse who ran fifth and started favourite that day has since won with a bit of class, winning at Belmont last Wednesday by four and a half lengths, franking the form. Drawn barrier three and out to 1400m should allow Parnham to settle closer on the gelding and be racing away with the prize in the straight.

We are hoping Brad Rawiller can ride a double to finish the program with Tellem We’re Comin in the seventh and Joyrize in the last. The Rod Brown-trained mare has only won once from 16 tries, but that was here over the 1300m just three starts ago and she has since placed third twice at Kalgoorlie, so the track appears to suit her. Her maiden win on August 22 saw her settle midfield before finishing strongly over the top of her rivals to win by 1.3 lengths. Brown elected to give this mare a bit of a task by sending her around in back-to-back Class 2 races, despite only winning a maiden, so the two third placings were full of merit. Back to her own class here in a Class 1 and back to 1300m, Rawiller can get this five-year-old in a forward spot early from barrier five and give them something to catch as they turn for home. Joyrize is ready to win again.