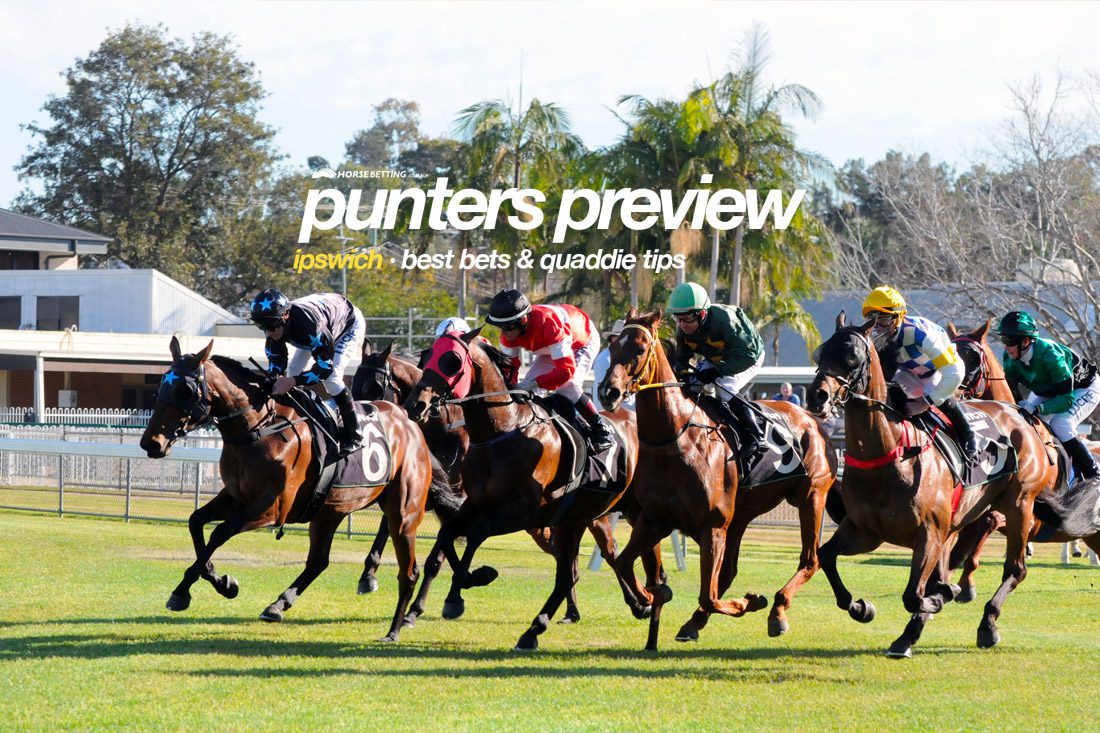 HorseBetting’s Queensland form analyst presents his best bets and quaddie numbers for Wednesday’s seven-race card at Ipswich, with top odds from Sportsbet.com.au. With plenty of rain around in South-East Queensland, the track has been listed as a Heavy 10, while the rail is in the true position for the entire course. Racing is scheduled to begin at 1:38pm AEST.

In the final race of the day, Australian Oaks-bound Gypsy Goddess resumes in a Benchmark 70 over 1500m. The David Vandyke-trained three-year-old filly is unbeaten from four career starts, which saw her go from maiden grade to a dominant Group 3 success over the end of 2021. The daughter of Tarzino looks to be an elite stayer with plenty of brilliance, so the 1500m journey should be a nice starting point before she heads to Sydney for races like the Vinery Stud Stakes and the Oaks. In her two trials, this galloper has looked to have come back well, while she gets in with just 56.5kg after Kyle Wilson-Taylor’s claim, which makes her extremely competitive in a race of this nature.

Next Best at Ipswich – Ostermeier

Alyssa & Troy Sweeney saddle up progressive four-year-old stayer Ostermeier, in his bid to win three straight races. The son of Lucas Cranach has been good in winning his past two starts over 1700m and 2150m. The four-year-old’s most recent win was at this track and distance where he carried 56.5kg, so the 0.5kg less that he is set to carry on Wednesday should be a nice relief for him. The Sweeney stable were prepared to take him to a Saturday metropolitan meeting after his most recent win, but he now pops up again in a Wednesday race which looks to be a good easy kill for him. Jaden Lloyd is in the saddle which is a big plus, while barrier four allows him to get into a great spot in the run and have one final shot at them.

In the penultimate, Michael Nolan and Kyle Wilson-Taylor combine with Princess Bojack. The three-year-old filly has won three of her 12 starts, one of which came on a Heavy 10 track at Ipswich as a two-year-old. The daughter of Flying Artie didn’t beat a runner home first-up at the Sunshine Coast, but that was a pretty decent 3YO Handicap behind Blackjack Boom. Now second-up and on to a suitable heavy track, Princess Bojack should be able to improve drastically, while she should also appreciate a big drop in grade. After Wilson-Taylor’s claim, Princess Bojack will only have to carry 56kg – 1.5kg less than she carried first-up – so that will also be a big advantage. This looks a nice race for her.