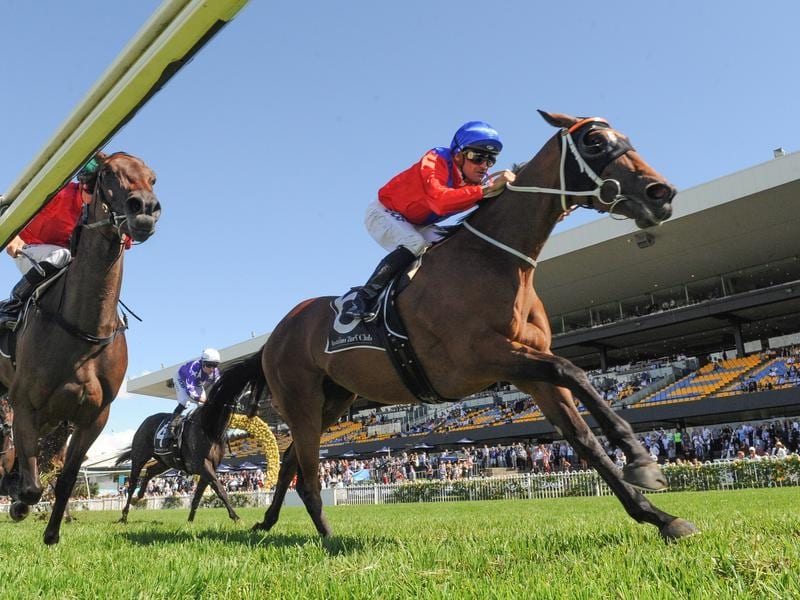 The Kris Lees-trained Invincible Gem (r) will try to win the Group 2 Missile Stakes for a second time.

Trainer Kris Lees will be two-handed as he chases a third win in the Group Two Missile Stakes with stable stalwart Le Romain and 2017 winner Invincible Gem.

The two are primed to take on Godolphin mare Alizee in Saturday’s 1200m-weight-for-age sprint, the first Group race in Sydney for the new season.

Two years ago, Invincible Gem beat Le Romain to win and add to Lees’ victory in 2008 with Captain Bax.

A maximum of seven horses will contest the Missile with Alizee the TAB’s odds-on favourite to beat Le Romain who will be ridden by James McDonald with Brenton Avdulla aboard Invincible Gem.

Both horses have had two barrier trials leading into the Missile.

Dual Group Two winner Anaheed will carry top weight of 60.5kg in the Listed Rosebud, the other stakes race on Saturday’s program.

The Peter and Paul Snowden-trained filly will be having her first start since her victory in the Percy Sykes in April. She also boasts a win in the Sweet Embrace in which subsequent Golden Slipper winner Kiamichi was fourth.

The Rosebud will be without Silver Slipper winner Time to Reign who has received treatment for a high temperature and will now return in the San Domenico Stakes at the end of the month.

“He would have had to carry 61 kilos in the Rosebud so it may be a blessing,” trainer Gary Portelli said.

“The San Domenico is set weights and penalties which will suit him better.

“Not Feint Hearted gets into the Rosebud on the limit of 53 and that gives him a chance to get some black-type.”

The Rosebud is the first of the lead-up races to the Group One Golden Rose (1400m) on September 28.