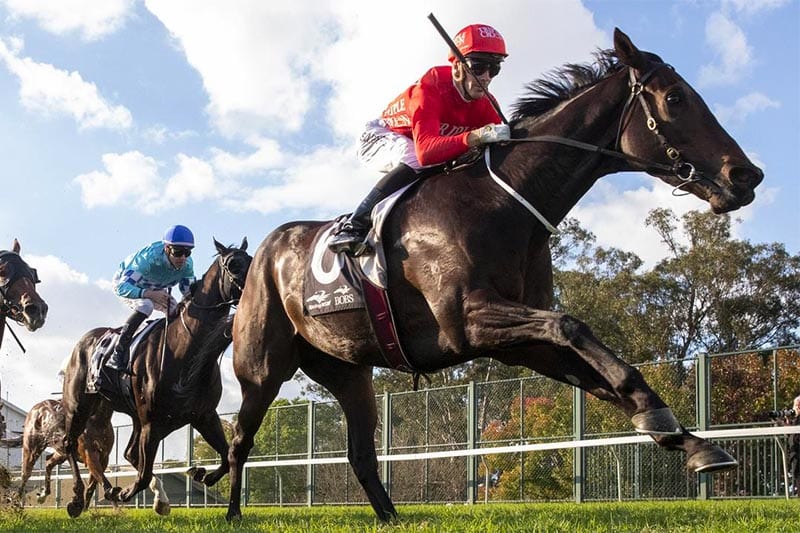 Rosehill’s feature race on Saturday is the Listed Inglis 3YO Guineas, which has attracted a field of 15 runners. The 1400m sprint will have a fair bit of speed engaged through the likes of Midland, Primestar, Zorocat, Supremo and Dubai Star, so we will be looking for one to sit off them and finish over the top. Prime Star is the $2.90 favourite ahead of Exoboom at $3.20. HorseBetting.com.au takes a look at the top prospects and best bets for the $300,000 race.

Peter & Paul Snowden saddle up Exoboom in a bid to repeat Dawn Passage’s efforts of winning both the Hawkesbury Guineas and the Inglis 3YO Guineas. After settling eighth of 10 in the Hawkesbury Guineas, the son of Exosphere came down the middle of the track and descended to win by half a length. He has now had seven starts for three wins and four seconds, including two dominant wins by a combined 12.5 lengths in January. The first of those was a seven-length victory on a Heavy 9 track at Wyong when he led all of the way, so he will handle the wet track on Saturday. Drawn wide in barrier 12, Regan Bayliss will look for a midfield spot with cover to give Exoboom a chance to finish over the top of them. He is a pretty handy galloper.

Prime Star tops the market after finishing midfield in the Group 1 Randwick Guineas on March 6th. The son of Starspangledbanner has only won two of his 12 races, with one of those being the Inglis Millennium at Warwick Farm on a Heavy 9 in his two-year-old season. Trained by Richard & Michael Freedman, he has had a soft time of it since his last run but trialled nicely to win narrowly over 1050m under Tommy Berry, who will do the riding again on Saturday. He has shown plenty of early speed in the past, so expect to see him handy to the speed from barrier six and sticking on to the task for a long time. This is the easiest race he has contested for a while, and he tends to race very well fresh.

Trainer Damien Lane and jockey Darryl McLellan combine with last-start winner Zorocat in what is a huge class rise. The daughter of Toronado won by just under a length at Wyong in a Class 1 but showed a strong kick at the end of the 1200m. She has won two of her eight starts and has been in the placings on another four occasions, so we know she is an honest customer. Drawn in barrier seven, McLellan will send her forward in a bid for the lead, and if she can run out a solid 1400m, we are confident she can be up there at the finish.

Best bet for Inglis 3YO Guineas