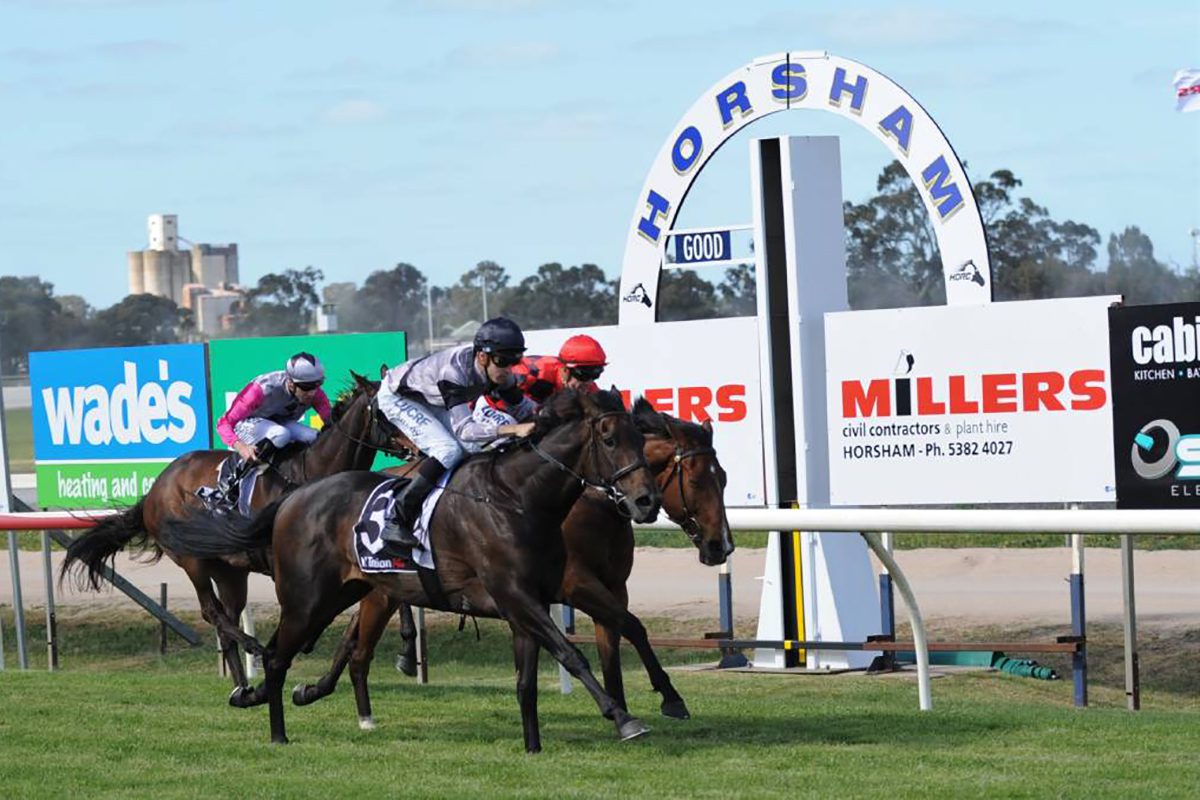 HorseBetting’s Victorian form analyst presents his best bets, quaddie numbers and odds comparison for the eight-race card at Horsham on Monday afternoon. The track is rated a Soft 5, with the rail in the true position the entire circuit for the meeting getting underway at 1:30pm AEST.

In the opening leg of the quaddie, the Ciaron Maher and David Eustace-trained Aquileon steps out over 1800m and looks perfectly placed to bring up a second career victory. Having chased home the likes of Cicero Field and Hosier, this field should be one he can easily account for. Despite needing to lug 63kg over 1800m he has been racing in tougher races than this and gets blinkers applied for the first time. From barrier one, Aquileon should be close to the speed throughout and we expect the four-year-old son of Gleneagles to prove to be too strong in the concluding stages as he appreciates the drop back to country level.

Next Best at Horsham: Spinning

Tom Dabernig and John Allen are set to combine in the opening event when the resuming Spinning is set to go around over 1100m. Having run to within a nose of the smart Gimmie Par on debut and then finishing third behind Generation and Linas Legend, creating some impressive form lines for a Horsham maiden on a Monday. The track at Horsham certainly favours on pace runners and from barrier five Johnny Allen will make she is not far from the speed throughout. Her jump outs haven’t been anything to write home about, but if Spinning brings half the effort that she has shown in her thus far, this looks to be a smash and grab type of job from Dabernig and connections.

In the third leg of the quaddie, Nathan Hobson and Madison Lloyd combine with Soweto Haze who hit the line nicely at Swan Hill over 975m on September 10. The four-year-old son of Turffontein will appreciate the step up to 1200m on Monday, despite not being able to run a drum from three starts at the distance. From barrier two, Lloyd will look to go forward on the horse that has only tasted success when the young jockey has been on aboard. He was nosed out two starts back by Keep On Bopping and despite not winning since February, we expect him to be hard to beat at a nice price.