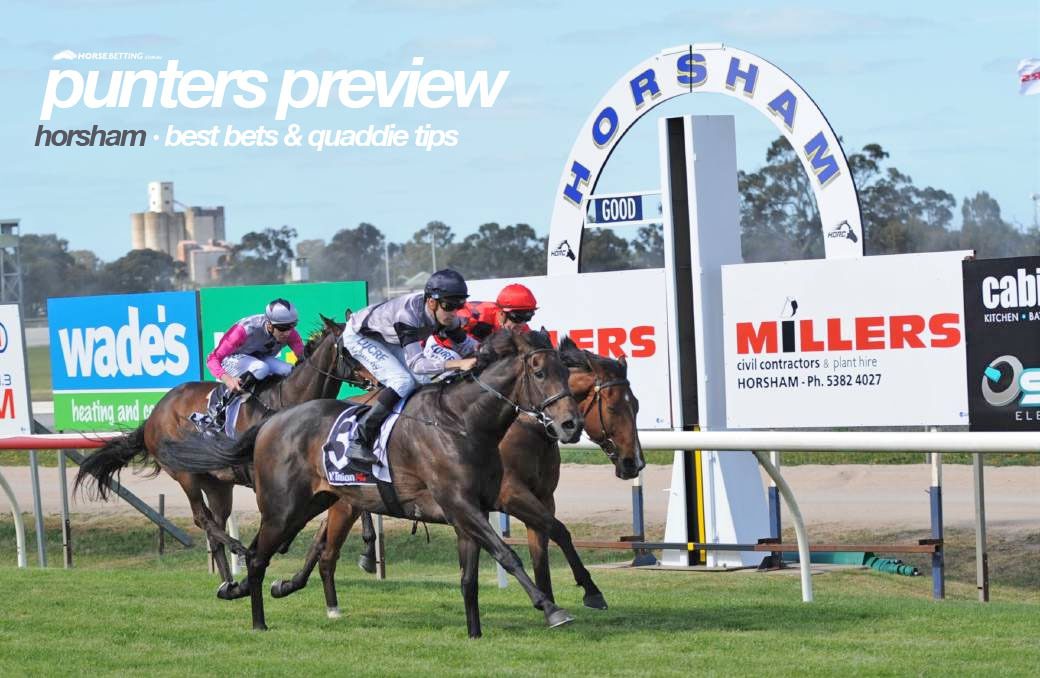 HorseBetting’s Victorian form analyst presents his best bets, quaddie numbers and odds comparison for the eight-race card at Horsham on Sunday afternoon for Horsham Cup Day. The track is rated a Good 4, with the rail in the true position the entire circuit for the meeting getting underway at 1:15pm AEDT.

In the feature event of the day, we expect the Jarrod Robinson-trained Equine Philosopher to cause some sort of an upset in the Horsham Cup. Having only just been worn down by Hostar in the Murtoa Cup on October 2 and with two wins prior to that run, he is certainly travelling better than most $16 fancies over the weekend. From barrier five and with 54kg on his back, look for Mikaela Lawrence to roll forward on the four-year-old son of Unencumbered, where he looks set to gain an uncontested lead throughout. With a win and a minor placing from two starts at 2100m, we know he will see out the trip and he may just prove too hard to run down.

Matt Laurie and Lachie Neindorf are set to combine with undefeated gelding La Caresse in the opening leg of the quaddie and we expect he can make it three wins from three starts. The four-year-old son of Duporth was the widest runner when cornering at Moe on September 30 and despite doing plenty wrong, he was still able to balance up and prevail in the shadows of the winning post. With that run under his belt, you would think he would only derive benefit from that run and from barrier five will look to find a spot midfield and if he can run on as he did at Moe, there does not look to be too much that can hold him out in the concluding stages.

Next Best at Horsham – Step Too Far

We will be hoping we can get Horsham Cup Day off to a winning start when the Symon Wilde-trained Step Too Far steps out over 1400m in the opening event. With arguably one of the best jockeys to have on board on a front runner in Linda Meech, we expect the son of Onemorenomore to go forward and dictate terms up on speed. He is blessed with an abundance of early speed from the barriers and in a race where he looks to get the lead all to himself, he should prove too hard to run down. With form behind the smart Hitotsu and Corkscrew, start seven looks to be the day that Step Too Far breaks his maiden tag.