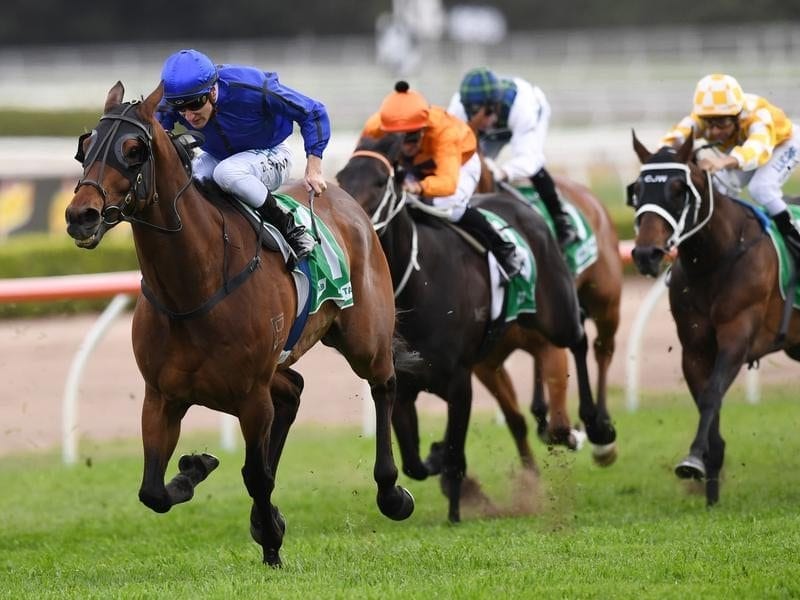 If there has been a more popular Group One winner at Randwick than Happy Clapper in recent times, no one can remember it.

The seven-year-old came to the fore in Saturday’s Epsom Handicap (1600m) to claim a deserved first win at the highest level for his trainer Pat Webster who has been a stalwart for racing in more ways than one.

A former jockey and a Randwick trainer in a career that spans five decades, Webster also works behind the scenes for Racing NSW as a mentor and counsel to jockeys.

It is that role that endears him to all, particularly winning rider Blake Shinn who acknowledged Webster’s role after he steered the $2.40 favourite to a half-length win over Tom Melbourne ($8).

“I’m just so happy for everyone involved,” Shinn said.

“It’s Pat’s first Group One win and it obviously means a lot, not only to them but for me as well to do it for them.”

Before Saturday, Happy Clapper had three Group One placings, two of them behind Winx, including the George Main Stakes earlier in September.

Although it has taken time for him to get his Group One, Happy Clapper has repaid connections with $3 million prize money.

“He is a great horse,” Webster said. “He deserved it.

“It’s my biggest moment in racing.

“We’ve had 16 Group winners but this is our first Group One and probably the last.

“I don’t think I’ll have many more runners after the Clapper.”

Happy Clapper is raced by Michael Thomas, who has been a long-time supporter of the stable, which now numbers under 10 in work.

Webster said the addition of blinkers had helped Happy Clapper this preparation.

“The blinkers have made the difference,” he said.

“I did think Blake might have been a bit close and then the other horse fought back.

“But then I saw it was Tom Melbourne and I wasn’t worried.

“Seriously, though, condolences to the connections of the second horse.”

The enigmatic Tom Melbourne was recently transferred from the Freedman stable in Melbourne to Chris Waller, who brought Glen Boss from Singapore to ride in the Epsom.

Boss won three races on Tom Melbourne including the Albury Cup in March 2016, his last victory.

Since being with Waller, Tom Melbourne has raced four times for four seconds.

“Chris Waller has got him flying,” Boss said.

“A Group One win will come very shortly.”