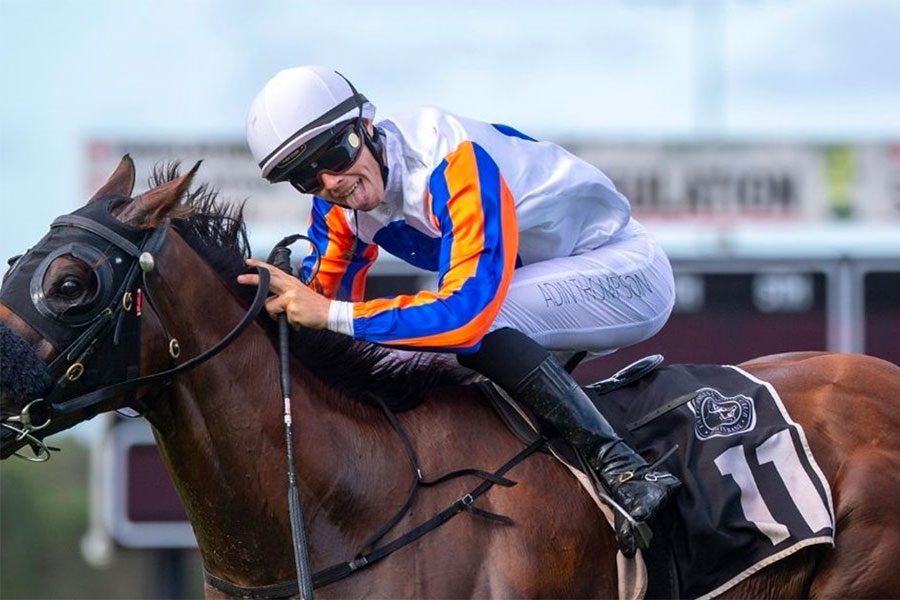 Peter & Will Hulbert will be hoping their stable star, Hail Manhattan, can win back-to-back North Queensland Cups in the Townsville Cup on Saturday.

The son of Manhattan Rain had only three from his first 15 starts and finished in the minor numbers on five other occasions, but he has now won four of his last seven including the Listed Member’s Cup at the Sunshine Coast in February and the Mackay Cup on July 24.

The son of Manhattan Rain was unlucky not to win the Rockhampton Cup a fortnight prior to his Mackay victory, with the rained-out Sunshine Coast meeting on July 3 causing some havoc.

He carried 60kg in his first attempt at 2000m in the Mackay Cup, which he won by a comfortable 1.8 lengths.

On Saturday, the one affectionately known as ‘Manny’ will have to carry 61kg, but his co-trainer Will Hulbert is confident that won’t be an issue.

“He carried 60kg the other day and that was his first try at 2000m, so another kilo, that’s not gonna worry him against the same horses,” Hulbert told HorseBetting.com.au.

While Hulbert is hopeful of a low draw when the barriers are confirmed on Wednesday night, the instructions will be to “roll forward regardless” of where the likely favourite jumps from.

Hail Manhattan has stayed in Central Queensland with a good friend of the Hulberts in dual-license holder Tash Chambers and is said to be in fine fettle.

“He’s thrived since his win in Mackay and worked really good on Tuesday,” Hulbert said.

“Once horses have that one run over the 10 furlongs under their belt, they improve a few lengths second time at it.

Hulbert had originally thought that there was a cash bonus for winning three North Queensland Cups – like there has been for quite a few years now – so the idea of pushing north to Cairns was at the forefront of his mind should he win on Saturday at Townsville, but that bonus has been discontinued.

“We’ll come back to Rocky and just give him and Mistress Of Doom three or four days in the paddock, because it’s three weeks to Cairns, so we’ll get them back and give them two and a half weeks into Cairns and head up there,” he said.

“I found out today it’s been discontinued, they’re not doing it this year (the bonus).

Hulbert also has Mistress Of Doom contesting the Townsville Guineas on Saturday, with a change of tactics likely to be used.

“She’s run fourth in the Rocky Guineas, fourth in the Mackay Guineas off bad barriers and just had to have her use up too much early,” he said.

“If she can draw soft at Townsville, we’re going to ride her a bit colder and she’ll be right in the finish.”