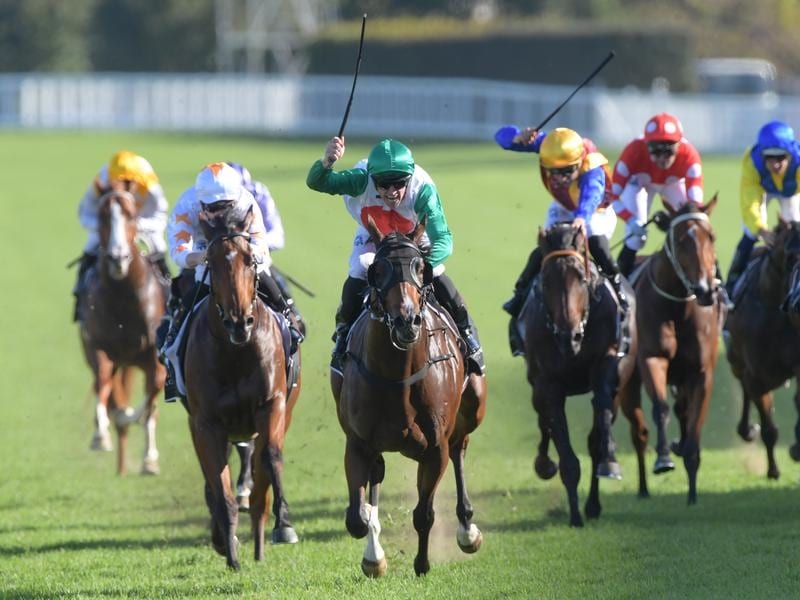 Champagne Stakes winner Castelvecchio (green) is among entries for the Caulfield Guineas.

Four Group One-winning juveniles from last season feature among the 324 nominations for the $2 million Caulfield Guineas for three-year-olds.

Along with Champagne Stakes winner Castelvecchio and J J Atkins Stakes winner Prince Fawaz, who are both colts, Group One-winning fillies Kiamichi and Lyre are nominated.

Lyre and Kiamichi, are among a group of 24 fillies who have been entered for both the Caulfield Guineas and the Group One Thousand Guineas for three-year-old fillies.

The two races are on the same day on October 12.

The Thousand Guineas has doubled in prize money to $1 million and has attracted a total of 285 nominations.