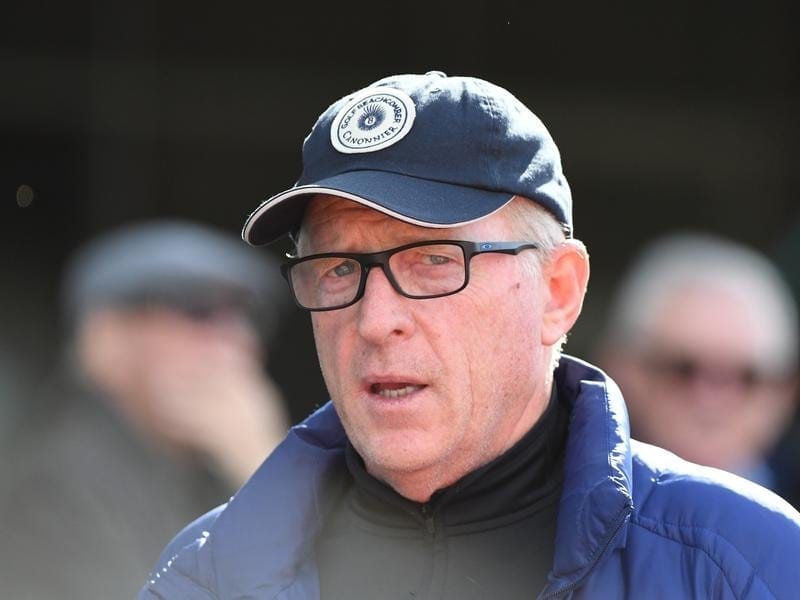 Trainer Mick Price has taken several of his spring hopefuls to barrier trials at Cranbourne.

Guineas-winning stablemates Grunt and Mighty Boss are set to clash in the P B Lawrence Stakes before going on separate spring paths.

Grunt and Mighty Boss continued their preparations towards Saturday week’s Group Two P B Lawrence (1400m) in a barrier trial at Cranbourne on Monday, finishing second and third respectively behind another stablemate Holy Snow.

“He bounced out of the gates fresh and I thought he has improved a hell of a lot since that exhibition gallop.

“I haven’t been too hard on him because he’s got a long spring in front of him, but he was excellent.”

Price said Mighty Boss was also good in his trial.

“Mighty Boss is a little bit gross but they will both kick off in the P B Lawrence and I think they’ll go different paths from there,” he said.

“Mighty Boss might go to the Memsie Stakes second-up and Grunt might take a path where I’m probably going to run him in the Makybe Diva Stakes and the Turnbull Stakes.”

Price said he was keeping his options open about Grunt’s spring program.

The trainer said Holy Snow would probably need to get his rating up a bit but would be set for the Group One Sir Rupert Clarke Stakes over 1400m at Caulfield next month.

Price had a number of his big-name horses trial on Monday including Thousand Guineas hopeful Seabrook who is scheduled to resume in the McNeil Stakes.