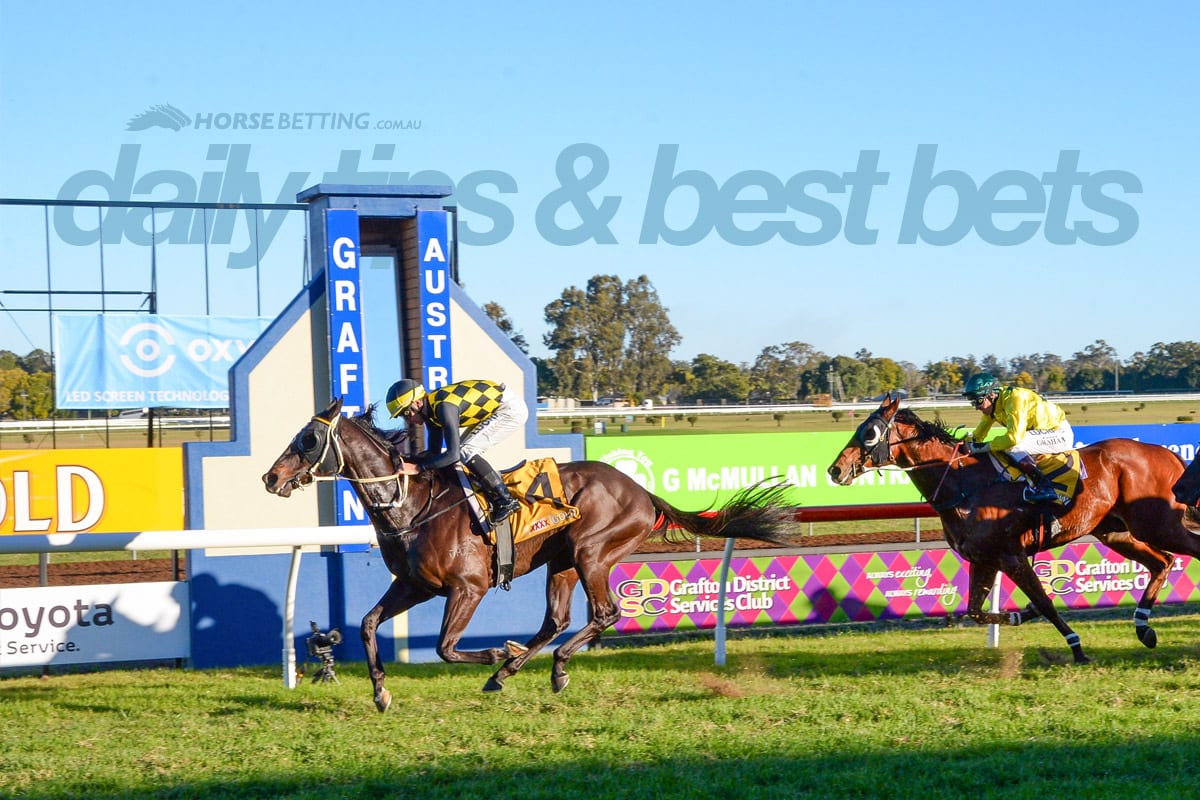 Grafton Racecourse is scheduled to host an eight-race card on Tuesday afternoon, and HorseBetting’s New South Wales horse racing analyst presents his best bets and quaddie numbers with odds from Australia’s leading online bookmakers. The track is rated a Good 4, the rail will be in the true position for the entire circuit, and the meeting is set to commence at 1pm AEST.

The Donna Grisedale-trained Rapids returned in dominant fashion at Lismore on September 9 when winning with a fair bit in hand over 1100m. The four-year-old son of Medaglia d’Oro steps up to 1400m, and he gets in well with just 58kg thanks to Jasper Franklin’s 3kg claim. Formerly with Chris Waller, Rapids has always shown a bit of potential, and with a maiden win now out of the way, it could be just the confidence builder he needed to go on with the job. He’ll find cover midfield in the moving line, and when asked for an effort, he should put a gap on his rivals and prove too hard to hold out once again.

Next Best Bet at Grafton: Tiomo

Donna Grisedale and Jasper Franklin are again set to combine with seven-year-old gelding Tiomo, who drops out of a competitive BM80 on the Gold Coast to a Monday BM58 at Grafton. Franklin’s 3kg claim gets the weight down to 60kg, the same as market rival Italian Tune, so it could be the difference. Tiomo was beaten just over three lengths by Navy Cross when finishing sixth of nine at the Gold Coast on September 18, but the drop in class should see him fighting out the finish here. Franklin will settle him midfield in the moving line, and as Tiomo showed two starts back when finishing second at this track and distance, he can handle big weights and still produce a nice turn of foot. If he replicates that effort on Tuesday, we expect him to be too hard to beat with form and race fitness on his side.

Matthew Dunn and Matthew McGuren are set to combine the opening leg of the quaddie with Courageous, who is yet to finish outside of the top three from three campaigns. Having sat outside the leader at Port Macquarie on September 6, he looked to have the race in his grasp with 200m to go but found a couple better over the final 75m when finishing third. In a race where he looks to gain an uncontested lead, McGuren will make sure this is a genuinely run 1175m. With a decent body of work behind him, Courageous should prove too hard to run down late.