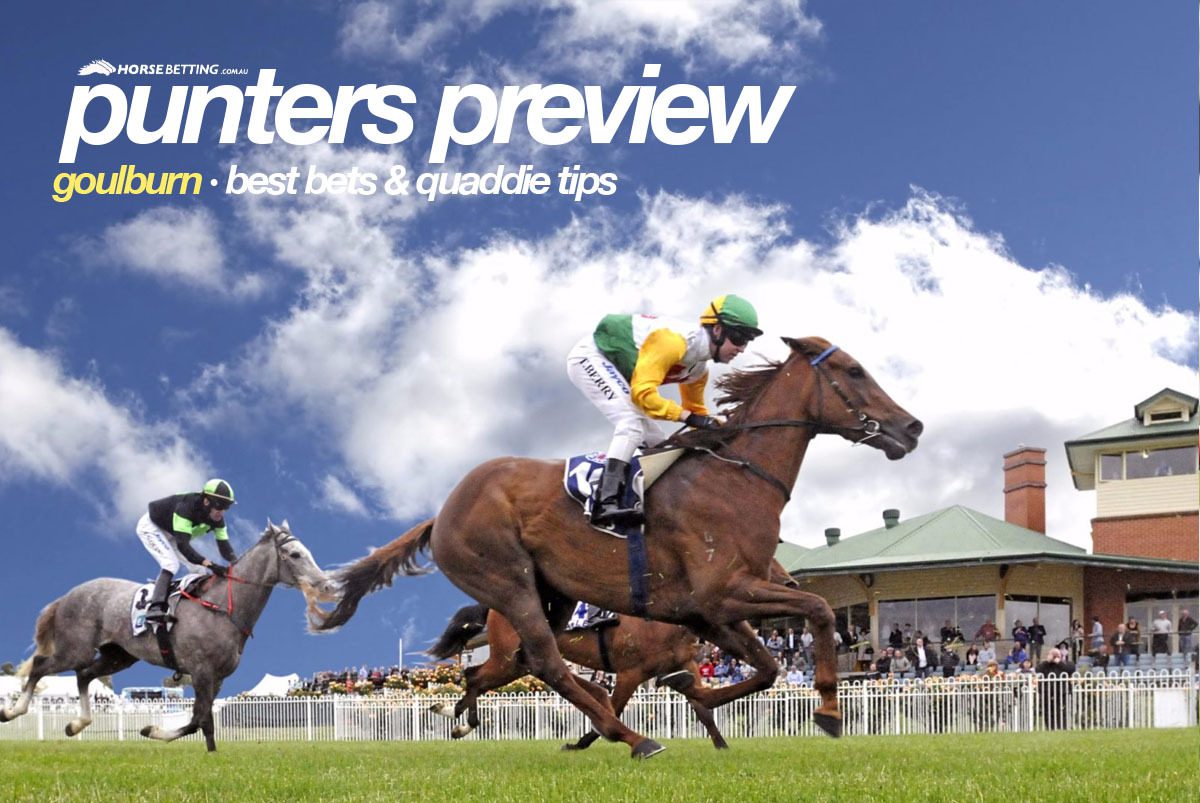 Goulburn was set to host an eight-race card on Friday, but with the abandonment of Kembla Grange’s feature meeting, both the Group 3 Kembla Grange Classic and Provincial-Midway Championship Qualifier has been transferred to Goulburn, creating a 10-race program. HorseBetting’s New South Wales racing analyst brings you his best bets, value bet, quaddie numbers and top selections in the two feature races which are set to jump at 4:55pm and 5:30pm respectively. The track at Goulburn is rated a Heavy 10 and the rail is out 3m for the entire course. The field for the first race of the afternoon is scheduled to face the starter at 12:40pm AEDT.

All 16 fillies in the Kembla Grange Classic will carry just 54kg, so we have to be with the best horse in the race, and that is Roots. The three-year-old daughter of Press Statements hasn’t raced in any top races just yet, but that’s where she will be headed if, and hopefully when, she wins here. Roots was a great winner on debut at this track over 1200m, before running second to Fangirl at Listed level on October 16. She then went around in a Benchmark 68 at Randwick as an odds on favourite with Sportsbet and was beaten by Holstein, but she bounced back with a good first-up win at Warwick Farm on February 9. James McDonald stays in the saddle which is a massive advantage, and barrier two looks to suit. Chris Waller’s presence can be felt.

Robert & Luke Price saddle up All Machiavellian in the Provincial-Midway Championship Qualifier. The three-year-old gelding has won three of his seven starts, including a nice win at this track and distance back in September. Since then, he hasn’t been placed overly well, but we can’t blame connections for having a crack in town. The son of All Too Hard ran 11th in the Group 3 Gloaming Stakes, before winning at Newcastle over the mile and then resuming behind the in-form Mazu in a 3&4YO Benchmark 78 on February 19. He is going to get back from barrier 12, but Keagan Latham can present him and give him every chance to win another race at Goulburn.

Goulburn Best Bet Of The Day – Money From The Sky

We were keen on Money From The Sky last week, but with all of the rain around New South Wales, that meeting was abandoned, so Mark Newnham has had to wait for Friday at Goulburn. The son of Frankel has form around Fire, Profondo and Stray, which all looks very good on paper, so we can’t blame him for not having won one yet. The colt faces his easiest opposition yet, while 1600m is going to suit him right down to the ground. The Heavy 10 track is a slight query as he has never raced on a soft track, but his Group 1 winning dam won her maiden on a Soft track in New Zealand.

Matthew Dale and Hannah Williams combine with the talented Pretty Woman. This three-year-old filly has not raced since September when she started $5 with the online bookies in a Listed race at Flemington. The daughter of Written Tycoon has had a couple of issues in her career, but a recent trial win at Moruya showed that she looked to be back to her best. Pretty Woman won her first two races leading all of the way at Canberra over 1000m, which saw her then start favourite in the Group 2 Reisling Stakes at Royal Randwick where she never had much luck. If she’s back to her best, they won’t beat her over 1000m in this.

Jalmari is an interesting runner from the Danny Williams stable, coming off two monster runs. The three-year-old dropped from the sky to win his maiden at Nowra on February 13 at big odds, before charging home late on a Soft 7 in the Canberra Guineas Preview behind Kelvedon Road who has some solid form, so that form line is worth following. The son of The Brothers War will get back from barrier 11 under Jordan Mallyon, but he has a monster finish on him which could bring him right into play, especially if they are running on on the wet track. He can win again.