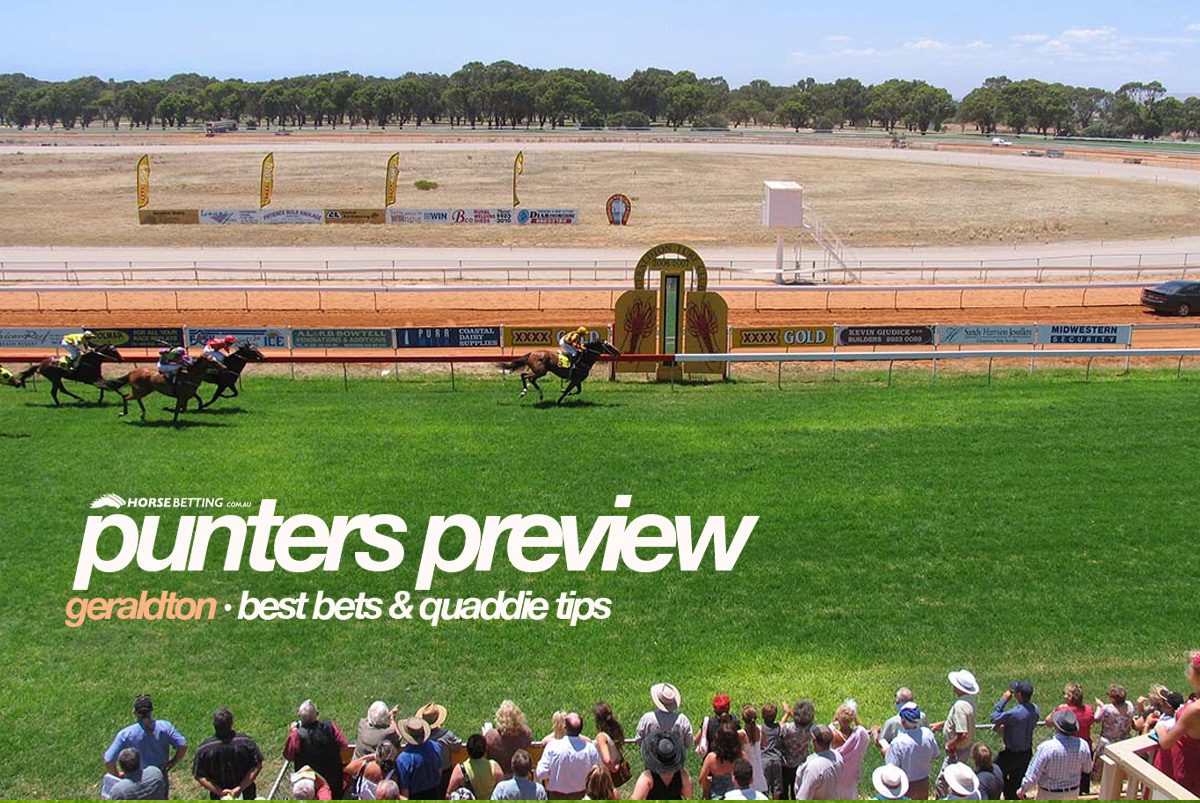 Western Australia’s meeting on Sunday afternoon will be headlined by the $100,000 Geraldton Cup (2100m). HorseBetting’s WA racing analyst presents you with his best bet in the Cup as well as his top selections throughout the afternoon and his quaddie numbers. The track is rated a Soft 5 and the rail is out 2m for the entire course, so it should mean that the track plays evenly across the course of the afternoon. The first race on Cup Day gets underway at 1:08pm AWST.

Adam Durrant and Clint Johnston-Porter combine in the Cup with the top weight, Off Wego. The four-year-old gelding was a good winner of the Esperance Cup two starts back and then did enough to win at Pinjarra on March 30 over 2300m. Now back to 2100m and coming off back-to-back wins, the son of Oratorio should take plenty of beating despite the 60kg. From barrier four, Off Wego should get a nice run in transit be too classy.

Four-year-old gelding Pop The Moet looks very well suited to break his maiden status on Sunday at start number 19. The son of Alfred Nobel has been good in his past few runs, finishing runner-up in back-to-back races at this track, before running third here over 1200m, so he should appreciate the drop back in distance to 1100m. From barrier eight – the outside barrier – apprentice hoop Kate Southam will hopefully ride him positively and let him run the field along, which will make him hard to catch. The local can win the opener.

In the second race of the day, Julia Martin and Kayla Cross combine with three-year-old gelding Bold Prophet. The son of Divine Prophet has only had two starts, placing on debut at this track and then finishing midfield here last time out. Now out to 1400m and with the blinkers applied yet again, we are confident that Bold Prophet can ride the speed from barrier eight and give a good sight at the top of the straight. He looks hard to beat.