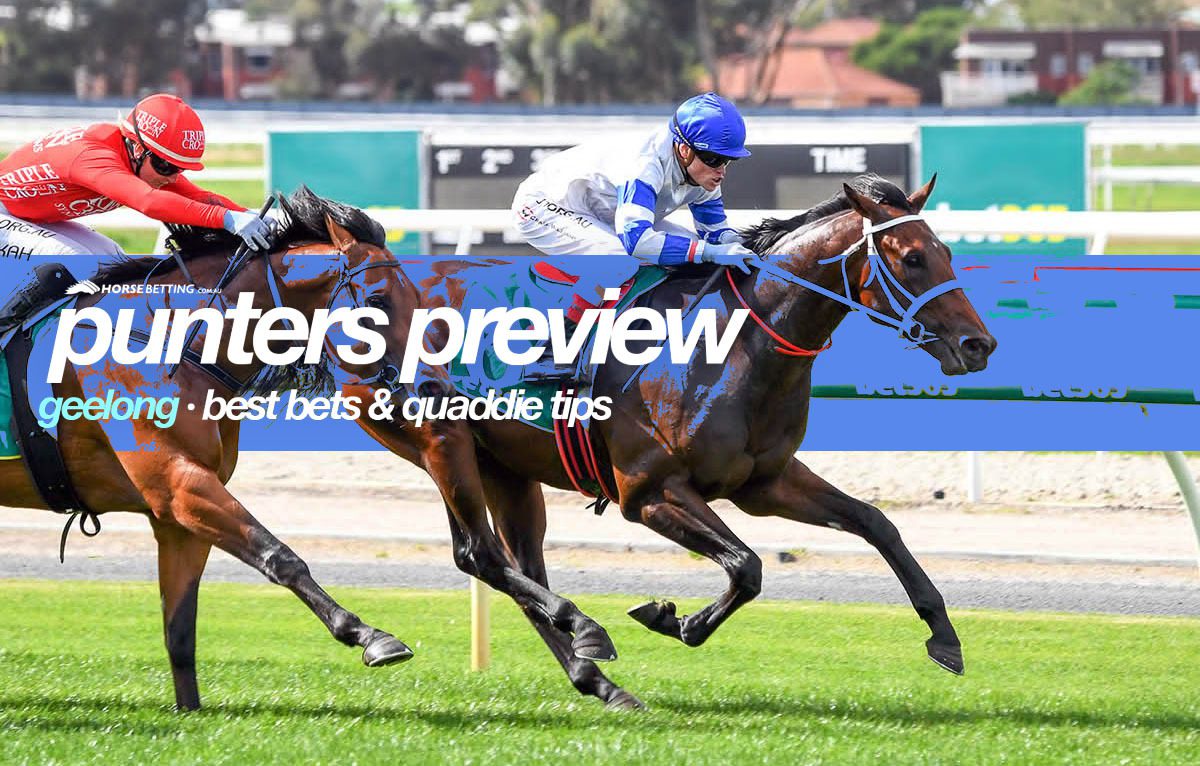 An eight-race program awaits us at Geelong on Wednesday afternoon with gallopers predicted to be running on a Soft 7 surface with the rail out four metres for the entire circuit. Race one, a maiden over 2424m, gets us underway at 12:25pm AEST, while the last is scheduled for 4:30pm. The quaddie kicks off in race five, which starts at 2:45pm.

Despite having barrier 13, we think this gelding is ready to win after running a good second on Heavy ground at Bendigo last start. He was backed into $2.50 that day and only got done by half a length. In fact, his starting price profile has been very good over his last four starts, with the seven-year-old winning two of those races. The Soft track on offer will hold no issues for him and we expect him to settle in the top half of the field. He is first up off a three-month spell but has performed well first up from spells and freshen-ups before, so that is likely a plus. Dustland Fairytale for Lindsey Smith loves the Heavy, so Phoenix Global supporters won’t want any rain on Tuesday or Wednesday.

NEXT BEST AT GEELONG: LASCARS

This gelding has a tricky barrier to contend with in 12 but does have the experienced Damien Oliver in the saddle, which is a definite plus. He ran a good second at Flemington last start and that was also on a Soft 7, so conditions suit. This will be Oliver’s third race on this horse, so he knows him pretty well, and after a race and two trials this campaign, he should strip fitter in this event. Brechen is an interesting runner for Chris Waller, consistently running placings at his last three attempts. He must be respected.

NEXT BEST AGAIN AT GEELONG: CARBONETTI

Carbonetti has been a challenge for the Chris Waller stable since joining their team and has won in 315 days. He is slowly improving, however, and has Brett Prebble on board this time, which is a bonus. His last start at Sandown Lakeside was quite good when third on a Soft 6 surface, so the conditions should be no problem. He has had three jumpouts at Flemington this year but they have all been on Good tracks, which does not help us with this race. With the Waller and Prebble touch, he must be respected.