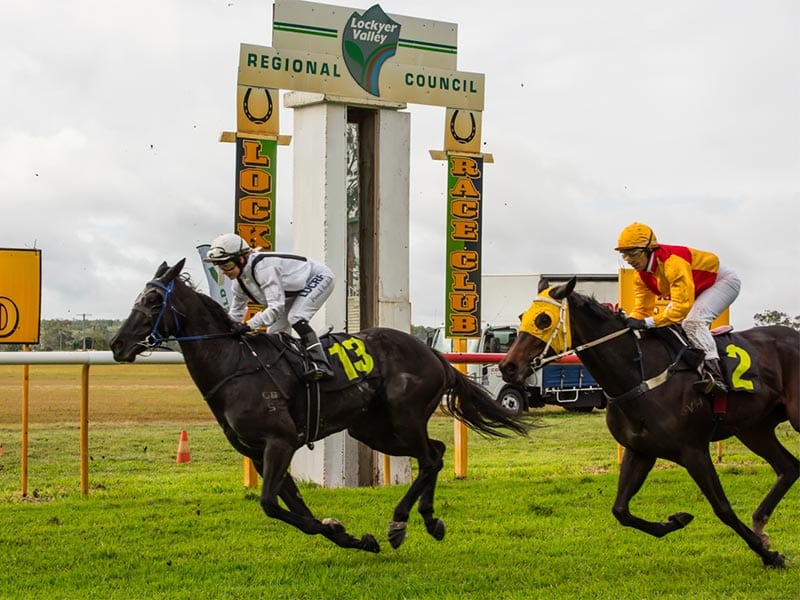 A monster 10-race card has been assembled for Gatton on Tuesday. The track is rated a soft 6 and the rail is in the true position.

Hallsidehankypanky was too speedy for her rivals at Ipswich last start and finds herself in a fairly similar race here over 860m. The three-year-old Zebedee filly has won four from eight, with all coming over the 800 or 860m journey, so she should be in this up to her ears. From barrier 3 and only 54.5kg on her back, she’ll bounce right on the bunny and should take some serious catching.

Heart Vandelay hasn’t missed the place in his last four starts at Warwick, Kilcoy and Ipswich, so he should feel right at home here at Gatton which is a similar type of track. the five-year-old Falvelon gelding has only missed the numbers once in five attempts around Gatton as well which is another plus. Up to 1400m for the first time this campaign looks a good formula. Justin Stanley has a great record on the horse and should find the front from barrier 6 which will allow him to dictate and kick away.

Brad Stewart heads to Gatton for just one ride on Tuesday which has proved to be a winning move in the past when he rides for his father. The same formula was successful two starts ago with Halcyon Days at Kilcoy. The three-year-old has just the two wins from seven starts, but is drawn well here in gate 3 to give himself every chance to win his third race. Stewart will take him forward over the mile and will take some running down. In the small field, he should be the one to beat.