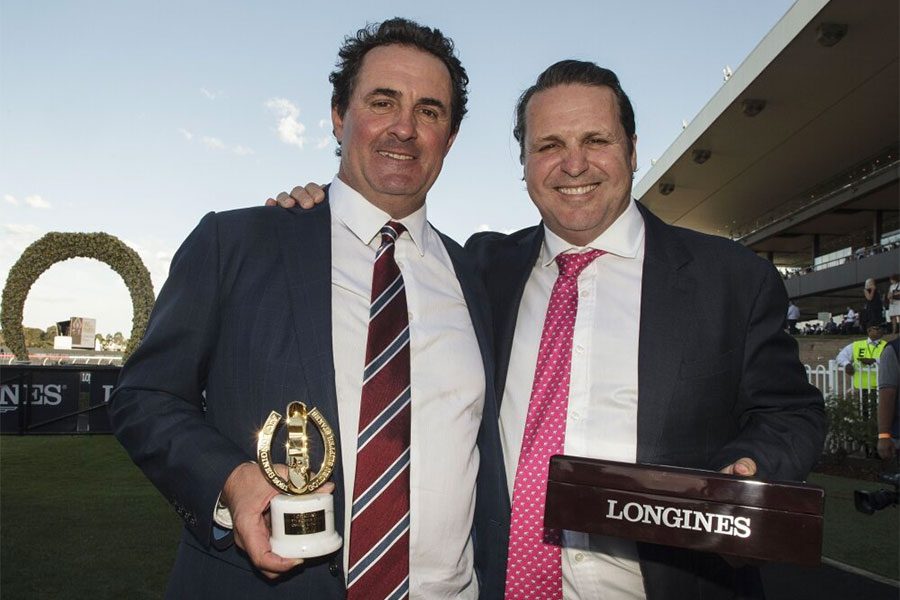 Just days after claiming their third Group 1 together, brothers Richard & Michael Freedman have announced that they are set to dissolve their training partnership from April 1.

The Freedmans enjoyed success at the highest level on Saturday in the Group 1 Canterbury Stakes as Forbidden Love romped in to give the stable a third Group 1 win together.

The star mare won the training pair their first Group 1 title 12 months ago in the Surround Stakes, before the now-retired Stay Inside took out the 2021 Golden Slipper in emphatic fashion.

STAY INSIDE IS THE GOLDEN SLIPPER HERO! pic.twitter.com/LpfP6AfDxh

Forbidden Love holds a nomination for this Saturday’s Group 1 Coolmore Classic, where she is the race favourite, but a decision is yet to be made as to whether the stable will accept with her for the third week in a row.

“After a number of successful years as a training partnership in Sydney, we have decided to dissolve the partnership and pursue individual training careers from 1 April 2022,” the press release read.

“The change to current operations will be minimal. Richard will continue to train from the stables at Rosehill, while Michael will continue training from both the Randwick and Hawkesbury stables.

“Right now, it is business as usual as we make the transition to separate training licenses.”

No decision has been yet as to how the Freedman brothers’ horses will be divided, but it is a priority that the transition is as “smooth as possible”.

“The logistics and timing are such that we felt we needed to inform people forthwith,” the statement continued.

“The future of the horses and our great staff are vitally important to us, and we will attempt to make the transition a (sic) smooth as possible.”

The stable have enjoyed five winners from their past 14 starters, while they will look to add to that tally over the next four weeks.