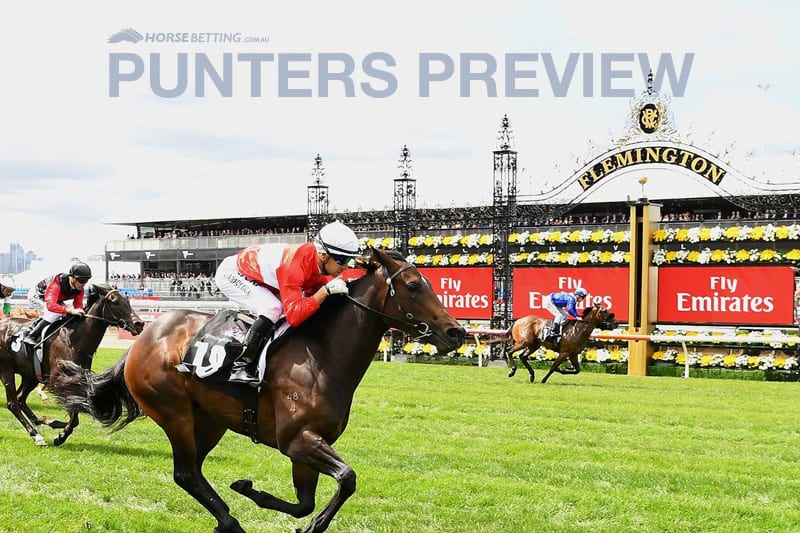 HorseBetting’s Victorian form analyst presents his best bets and free quaddie selections for the eight-part card at Flemington on Wednesday afternoon for Spring Classics Preview Day. The track is rated a Good 4, while the rail will be out some 14m for the entire circuit. Racing is set to get underway at 1pm AEST.

The Ben & JD Hayes-trained Mr Brightside is arguably the most progressive horse in Victoria outside of I’m Thunderstruck. Having strung together four consecutive wins this campaign, the four-year-old son of Bullbars comes to the Flemington mile for the first time as a red-hot favourite. Having handled a stronger BM78 field at Moonee Valley on September 4, this should not pose too many issues. He has shown some tactical versatility this campaign, getting it done from both ends of the field, but from barrier six, Craig Williams will have him close to the speed throughout. Armed with a sharp turn of foot, we expect Mr Brightside to put away his rivals in smart fashion as he builds towards some bigger races this spring.

Next Best at Flemington: Barb Raider

The VRC Oaks trial is one of the feature events on the Flemington card, and we think the Jerome Hunter-trained Barb Raider is one of the better bets of the day. Having chased home the likes of Mynumerouno and Adele Amour in her first two starts, the Rebel Raider filly broke her maiden at start three with a dominant win at Sandown on September 8. She put 3.5 lengths on her closest rival that day, kicking clear when Craig Williams asked for an effort with 200m to go. With that sort of form behind her, only bad luck will keep her out.

The Clinton McDonald-trained San Telmos Fire is coming off a smart maiden victory on debut at Echuca on September 11. Having sat three-wide with no cover up on speed, the three-year-old Brazen Beau filly still managed to put close to three lengths on her rivals. In a race where all but one of her rivals are first-up from a spell, that touch of race fitness could be the difference. Tactics will be crucial in the small field of six, and we anticipate Zac Spain will have her settled on the leader’s heels and ready to pounce when the opportunity arises.