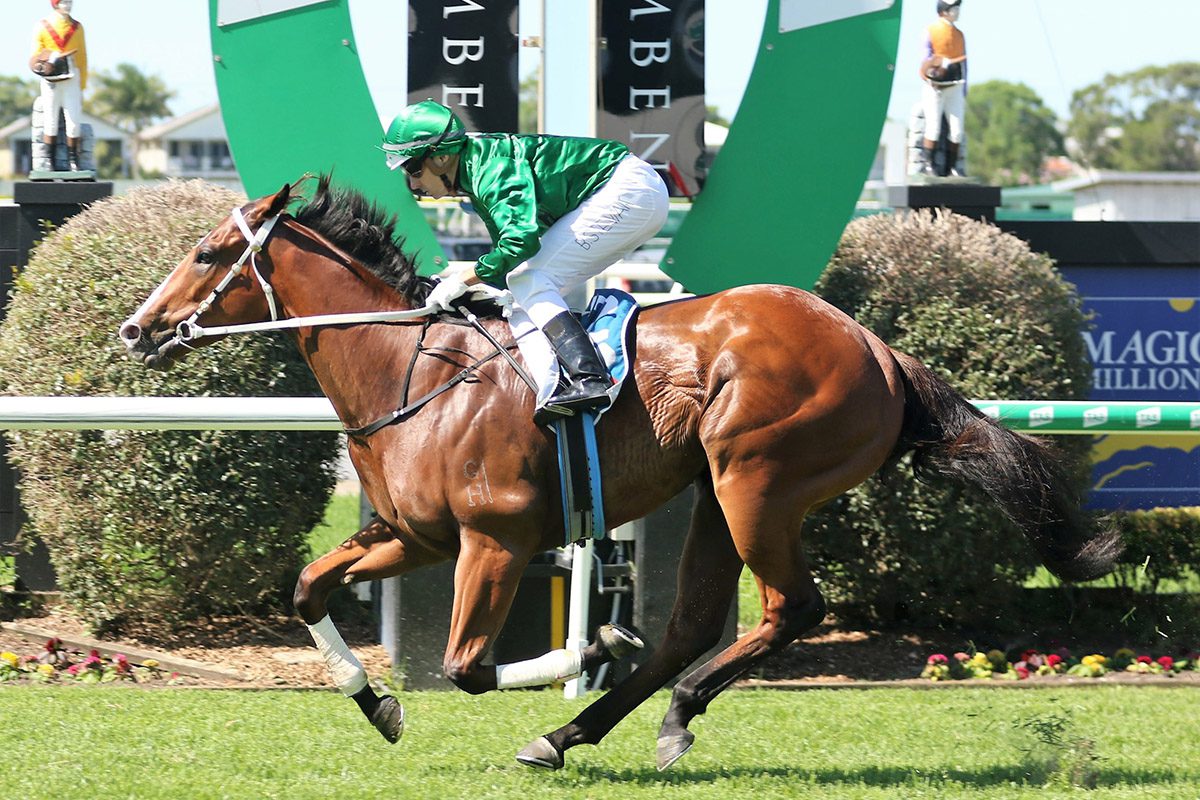 Far Too Easy and Zoukina booked their tickets to the $500,000 Country Championship Final, in a thrilling finish in the Northern Rivers qualifier at Grafton on Saturday afternoon.

Starting a heavily-backed $1.80 favourite, Far Too Easy overcame a three-wide run to survive a late surge from Zoukina in the final strides.

David McColm gave his talented three-year-old a month between runs, after Far Too Easy ran a terrific fourth in the $2 million Gold Coast Magic Millions 3YO Guineas (1400m) on January 15.

“He did it real tough – unfortunately, he’s done it tough in the last couple runs, but with a clear run, he probably wins it a bit more convincingly.”

Far Too Easy didn’t have much luck early on in the run after jumping from barrier 11.

The son of All Too Hard was forced to stay three-wide without cover for most of the 1400m journey, while he managed to sustain a wide, looping run to win by one-tenth of a length.

A great result for Murwillumbah trainer David McColm as Far Too Easy books his spot in the @NewhavenPark Country Championships Final with a tough win in the NRRA Championship at @clarenceriverjc. Runner-up Zoukina also heads to Sydney while Parksville runs third. @tabcomau pic.twitter.com/2eX3zP2zXF

The gelding has now qualified for the final on April 2, so McColm will be spending the next six weeks praying for a good barrier in the Country Championship Final.

“That would be perfect – a good draw is beneficial, it saves a lot of energy for them,” he said.

“It (the Country Championship Series) means everything to us – to the country trainers – the concept itself is – Racing NSW, they’re way ahead of everyone else. They’ve just done a fantastic job for country trainers.”

Although things didn’t go all that well for the odds-on favourite in the run, jockey Ashley Morgan said that he wanted to keep him out of trouble and get him into clear air.

“He’s a really, really nice horse – I set him a task and I set to Dave before the race, ‘it’s my job just to stay out of his way and if I get cover, I get cover’.

“He was entitled to be vulnerable late – he’s got good energy and he’s got the heart too.”

Far Too Easy is now the $4.40 favourite with online bookmakers for the Final, while Zoukina firmed into $13 after her narrow defeat.