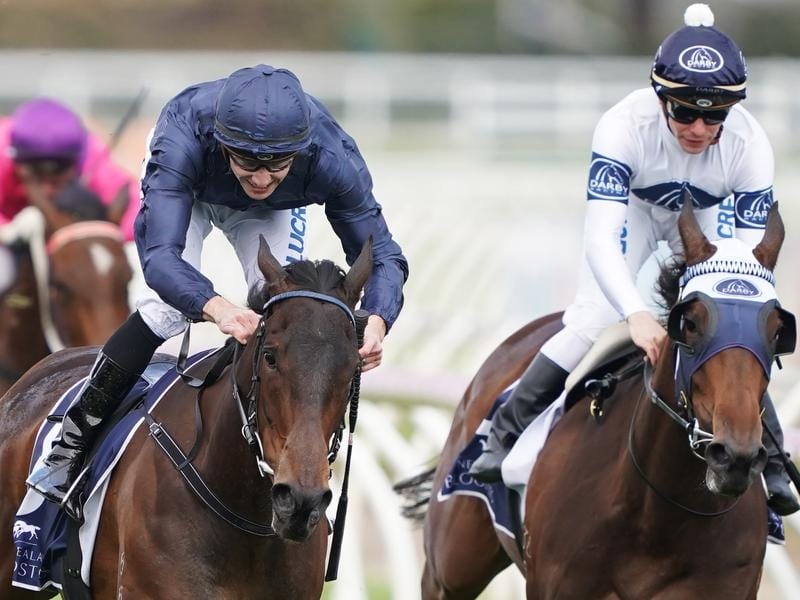 The Group 3 Ethereal Stakes is traditionally one of the final races for the 3YO fillies looking to compete in the VRC Oaks in three weeks’ time. This year’s field came predominantly from the Edward Manifold Stakes on October 3 and the Oaks Trial on September 23, both at Flemington. The $200,000 race over 2,000m is set to jump at 2:35pm AEDT.

Anthony Freedman and Ben Melham team up with this Hinchinbrook filly who was game in defeat last start in the Edward Manifold Stakes at Flemington a fortnight ago. There was a nose between her and the favourite in this race, Starelle, and with the barrier draw slightly favouring the Freedman galloper, Melham can afford to be a little bit more positive. In her past two starts she chased home the impressive duo of Thermosphere and Cambourne, and she was beaten far in those encounters.

The Godolphin-trained Pensato took out the Oaks trial three weeks ago at Flemington and didn’t look like slowing down when crossing the line, so the extra 200m should not be an issue. She gets the in-form William Pike, who is coming off a stellar performance on Caulfield Guineas Day. She maps to be one of the leaders and will be right in it up until the very end, and we think she looks to be overs at $6.

Mike Moroney and Billy Egan will be out to break this filly’s maiden tag when she steps out for career start number three. She beat home the aforementioned Pensato in a strong Geelong maiden back on debut two starts ago before the Godolphin galloper flipped the script in the Oaks Trial. If she can show better barrier manners than she did at Flemington, then Star Of Eden will give you a good sight at odds just behind the leaders.