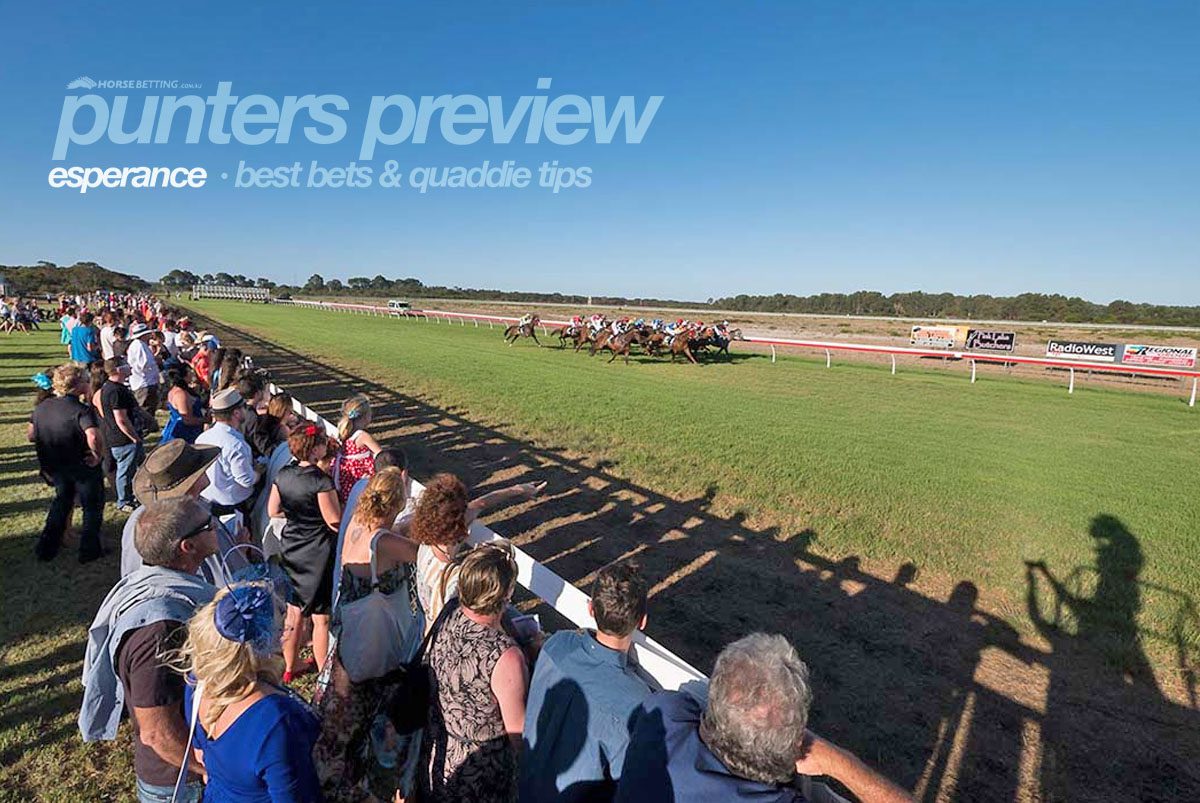 Sunday racing in Western Australia features the $70,000 Esperance Cup (2000m) on what is an eight-race meeting. HorseBetting’s racing analyst brings you his best bet in the Esperance Cup, as well as his best bets on the program and suggested quaddie numbers. The track is rated a Good 4 and the rail is in the true position for the entire course. Racing begins at 1:12pm AWST, with a 1400m Maiden Plate.

We are siding with one of the locals on Sunday in the form of Josh Brown’s eight-year-old, Mrs Brown’s Boy. The son of Discorsi has not won since June 2020, but he has been in the minor money in his past two starts at this track. On February 4 over 1600m, this stayer chased gamely behind The Cat Ratcher under a big weight, before trying to lead all of the way on February 19 at this track and distance with 61kg on his back. Jordan Turner replaces the apprentice jockey, while he drops to 56kg on Sunday which is a big plus. He has drawn the carpark (17), but we are hoping to see him cross the field and try to dictate terms, with the big weight relief possibly enough to see him keep kicking in the straight.

Josh Brown can have a good day at his home track, with six-year-old mare Alcina looking to make it four straight wins. The daughter of War Chant has never missed the placings in nine starts at this track, while 1200m is right up her alley. Luke Campbell will do the steering, so after his 4kg claim, Alcina will only have to lug 56.5kg which is very advantageous. Drawn the inside alley, Campbell will be able to boot through and find the front, which should see this mare prove too good.

Neil Dellar and Cassey Martinan combine in the sixth race of the afternoon with Double Spice, who is looking to make it four straight wins. The son of Gingerbread Man is unbeaten this preparation, which includes two dominant victories at this track. The five-year-old went to a tougher race at Ascot on January 29 where he was able to do enough as betting favourite to win narrowly over Cristal Dane who has since won back-to-back races. That looks the right form line, so we are pretty confident that Double Spice can win again.

Next Best Again At Esperance – Watch Me Ney Ney

Daniel Morton and Brad Rawiller combine in the fifth with Watch Me Ney Ney. The seven-year-old gelding has never raced at Esperance, but some of the races he has contested in his 44 starts should see him very competitive in a race like this. Brad Rawiller hops in the saddle so that is a big plus, while he should be peaking fifth-up into his preparation. It looks a nice race for this galloper to return to the winner’s circle.