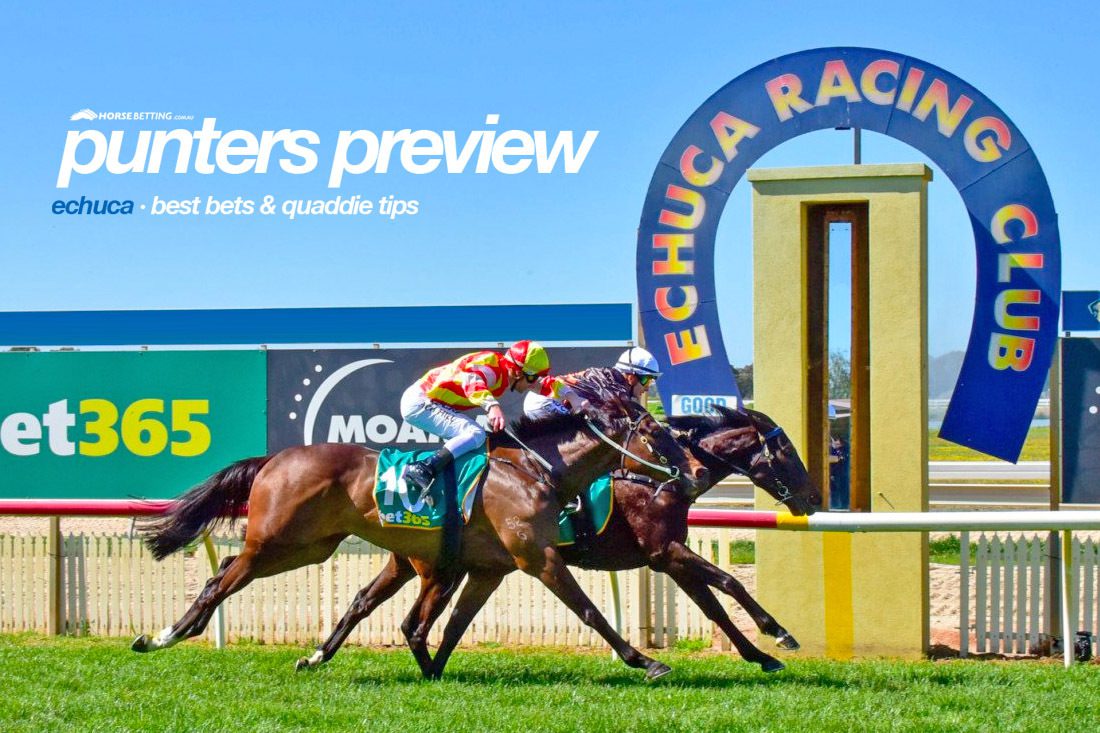 A bumper nine-race card is scheduled for Echuca on Thursday afternoon, and HorseBetting’s Victorian racing expert presents his best bets and free quaddie numbers with odds from Australia’s leading bookmakers. The track is rated a Soft 6, the rail is in the true position, and the meeting is set to start at 12:30pm AEST.

The way the Anthony & Sam Freedman-trained Littermont won on debut at Bairnsdale on August 7 suggested she will be a filly to follow going forward. The three-year-old daughter of Cable Bay settled next to last and still had close to six lengths to make up in the home straight, but she powered home late to get up in the shadows of the winning post. She looked like she wanted further than the 1200m, so the step up to 1400m at Echuca on Thursday looks ideal. The field she meets here is hardly the most talented, with only one of her 11 rivals running a placing at their last start. Look for Littermont to get back in the rear of the field and use the genuine tempo to finish over the top once more.

Next Best at Echuca: Aureum

Ciaron Maher and David Eustace send the five-year-old Aureum back to the Echuca 1100m, the track and distance she was narrowly beaten at on August 2. Having settled just off the leaders’ heels, the Sebring mare hit the front with 200m to go, only to find one better over the concluding stages in a bunched finish. Aureum’s run was full of merit considering the inside ground was a clear disadvantage throughout the day, with the eventual winner coming down the centre of the track. From barrier 10 under John Allen, look for her to settle in the one-one position with some early luck. If there are no major hiccoughs, we should see Aureum bring up a deserved maiden win having begun her career with consecutive runner-up efforts.

In the final race of the day, the Rob Blacker-trained Yulong Knight will be looking to go one better than his last-start second at Cranbourne on August 15. He is deep into a campaign, so race fitness is hardly an issue for the five-year-old son of Invincible Spirit, and with three wins from nine starts on Soft going, he looks to be one of the better value bets on the Echuca card. From barrier 12, Daniel Moor will go forward on the gelding, and as long as he does not get trapped three wide in the running, we expect him to be fighting out the finish in the last leg of the quaddie.