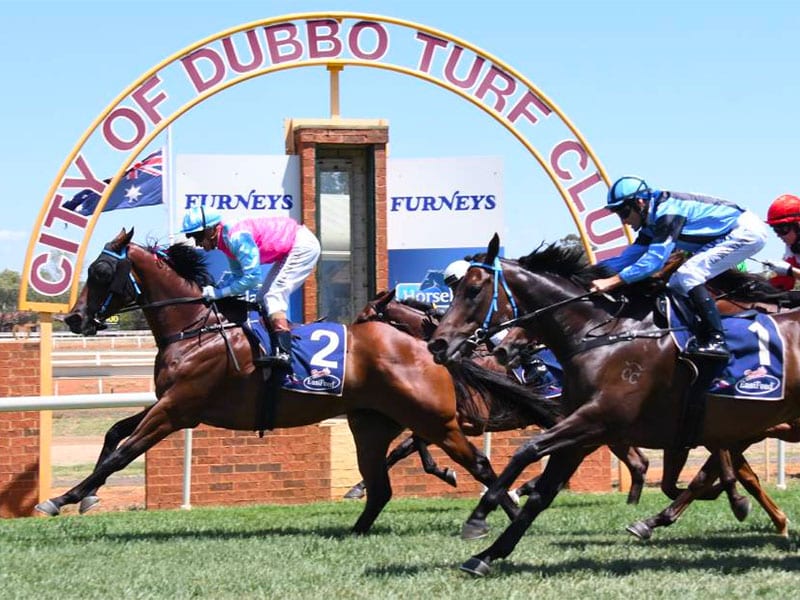 HorseBetting.com.au have previewed the massive 10-race card at Dubbo this Sunday, and bring you their best bets, quaddie numbers and their best bet in the feature Dubbo Gold Cup. The track is rated a Good 4 and the rail is in the true position for the entire course. The first of ten is set to jump at 11:45am AEST.

Wild Rocket was simply dominant winning the Narromine Cup last start, defeating the current race favourite From The Bush by 1.25 lengths. After settling last in the run, Kylie Kennedy’s mare swooped the field and won comfortably in the 1600m feature with 56.5kg on her back. She drops to 55kg, and while From The Bush is better off at the weight, the style in which Wild Rocket won last time out suggests to us that there is no reason why she can’t do it again. Drawn in barrier four for Mathew Cahill, the Uncle Mo mare can settle closer in the run and make it back-to-back country cup successes on Sunday.

Vital Verse used to be owned by Aquis Farm and trained by Annabel Neasham where he was competitive in metropolitan races before being sold and transferred to Kody Nestor’s Dubbo stable. The four-year-old won his maiden in April at this track and distance in good style. The gelding didn’t arrive in time last start over 800m at Narromine which was too be expected in a race that short of his best, so the rise back to 1300m should be right up his alley. The son of Medaglia d’Oro should get the favours in the run from barrier seven under Anthony Cavallo and take some serious catching despite the big weight of 61kg.

Capital Venture finds himself in a winnable maiden at start 18, despite building a record that suggests he is a non-winner with seven minor placings without a win. The son of Stratum ran well when fourth at provincial level at Wyong last start behind Amore, running home well over a mile. The Cameron Crockett-trained gelding goes back to 1400m which is a slight query, but there looks to be a decent tempo set up for him to run on strongly from the middle of the pack. Alysha Collett does the steering from barrier four and should be able to get enough out of the five-year-old to finally breakthrough.